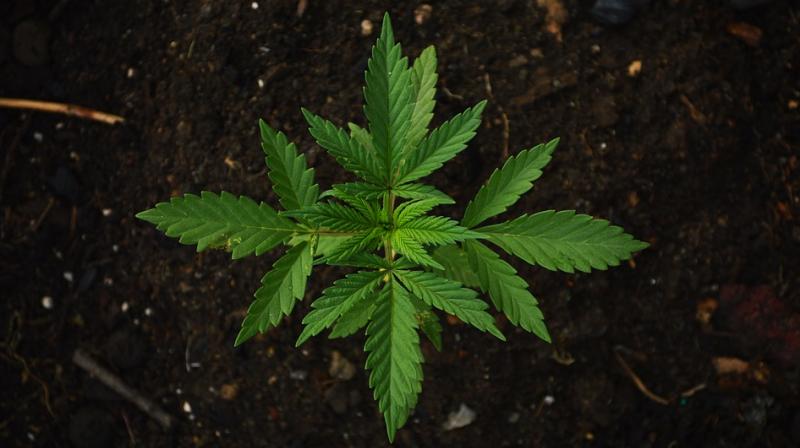 Cannabidiol also inhibits an enzyme that metabolises neurotransmitters produced throughout the central nervous system, including the brain. (Photo: Representational/Pixabay)

Washington: A new study has found that cannabidiol reduces aggressiveness arising out of isolation.

Findings of the study were published in the journal 'Progress in Neuro-Psychopharmacology and Biological Psychiatry'.

The mouse-model based study was performed by the scientists at the University of Sao Paulo's Ribeirao Preto Medical School (FMRP-USP) in Brazil.

The component responsible for these effects is tetrahydrocannabinol (THC).

Guimaraes explained, "Isolation-induced aggression can be reduced by the administration of anxiolytic, anti-depressant or anti-psychotic drugs. Preclinical, clinical studies have shown that cannabidiol has these properties."

"We used a model known as the resident-intruder test, which induces aggressiveness in mice kept in isolation for several days," he added.

Researchers injected four groups with different doses with A fifth group acting as a control and wasn't given cannabidiol and displayed classical resident-intruder behavior.

The first attacks by residents on intruders occurred two minutes after they were confronted on average. Between 20 and 25 attacks were recorded while the animals were in the same cage.

In the first group, resident mice received a cannabidiol dose equivalent to 5 milligrams per kilo (mg/kg). Each male weighed 30-40 grams. Attacks began approximately four minutes after intruders entered the cage, double the time taken for control mice to begin attacking intruders, and the number of attacks fell by half.

The second group received 15 mg/kg and behaved less aggressively than any of the others. Attacks began 11 minutes after the intruder's arrival on average, the number of attacks averaged only approximately five per cage.

The third and fourth groups received 30 mg/kg and 60 mg/kg, respectively, but didn't result in more intense inhibition of their aggressiveness. In contrast, attacks began sooner, and the number of attacks was also slightly higher.

Because the scientists already knew that cannabidiol facilitates activation of the 5-HT1A serotonin receptor, they repeated the resident-intruder model in second batch of experiments, but now administered different doses of the 5-HT1A receptor antagonist WAY100635.

The aim was to determine whether the anti-aggressive effect could be cancelled out using WAY100635.

"In resident mice given intermediate doses of WAY100635 before cannabidiol, time it took for the first attack to occur after the intruder entered the cage was very close to the time taken by residents in the control group to attack," Guimaraes said.

The same applied to the number of attacks. All mice given WAY100635 before cannabidiol, regardless of the dose, attacked intruders almost as many times as the controls.

Cannabidiol also inhibits an enzyme that metabolises the endocannabinoid anandamide, which are neurotransmitters produced throughout the central nervous system, including the brain.

Anandamide binds to type 1 cannabinoid receptors (CB1), which are also activated by THC, the main psychoactive cannabinoid in marijuana.