The doses used in the study produce effects that are equivalent to only a few puffs of a cannabis cigarette. 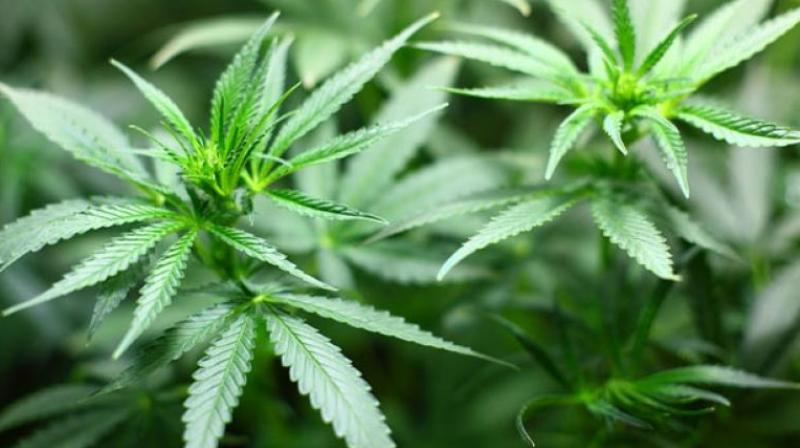 Washington: A recent study has confirmed that small doses of medical marijuana do help relieve stress, but taking more can have the opposite effect.

Researchers at the University of Illinois in Chicago and the University of Chicago report that low levels of tetrahydrocannabinol, or THC, the main psychoactive compound in marijuana, does reduce stress, but in a highly dose-dependent manner: very low doses lessened the jitters of a public-speaking task, while slightly higher doses, enough to produce a mild "high," actually increased anxiety.

Cannabis is a highly regulated category 1 substance, and permits to study the drug are difficult to obtain. While it is common knowledge that many people use cannabis for its stress-relieving effects, "very few published studies have looked into the effects of THC on stress, or at the effects of different levels of THC on stress," said corresponding author Emma Childs.

"We found that THC at low doses reduced stress, while higher doses had the opposite effect, underscoring the importance of dose when it comes to THC and its effects," she added. The team recruited 42 healthy volunteers 18 to 40 years old who had some experience with cannabis use but who were not daily users.

"The doses used in the study produce effects that are equivalent to only a few puffs of a cannabis cigarette," said Childs, noting that it is difficult to compare doses of smoked cannabis to doses of ingested THC. "We didn't want to include a much larger dose, because we wanted to avoid potential adverse effects or cardiovascular effects that can result from higher doses of THC."

Participants attended two four-hour sessions at the University of Chicago, five days apart. At each session, they took their capsule and then relaxed for two hours to allow the THC to be absorbed into the bloodstream.

"Our findings provide some support for the common claim that cannabis is used to reduce stress and relieve tension and anxiety," Childs said. "At the same time, our finding that participants in the higher THC group reported small but significant increases in anxiety and negative mood throughout the test supports the idea that THC can also produce the opposite effect."

The study is published in the journal Drug and Alcohol Dependence.