Marmite can be good for brain health

The Marmite group showed a substantial reduction of around 30 percent in response to the stimulus compared with the peanut butter group. 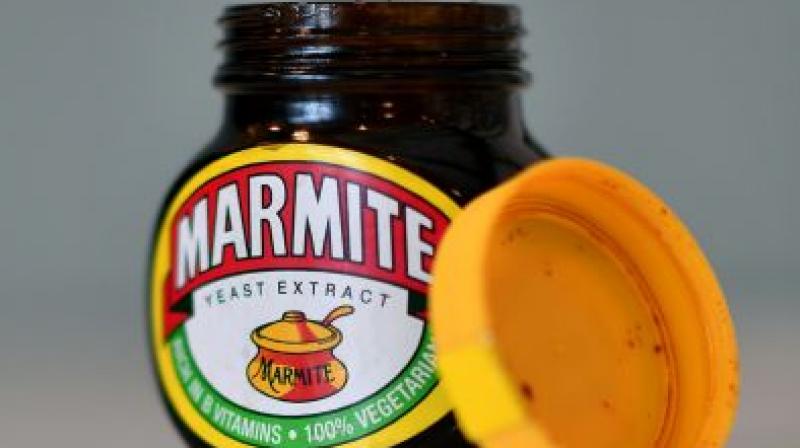 There could potentially be beneficial effects for people with some neurological disorders linked to GABA (Photo: AFP)

London: In a world bitterly divided into pro- and anti-Marmite factions, lovers of the tangy British spread have found support from an unexpected quarter: brain science.

Experiments found that volunteers who ate a daily spoonful of the dark-brown yeast extract seemed to have higher levels of a vital neuron chemical associated with a healthy brain. The reason could lie in Marmite's high levels of vitamin B12, the investigators say.

In a study published on Wednesday, psychologists at the University of York in northern England recruited 28 volunteers and divided them into two groups. One group ate a teaspoon of Marmite each day for a month; the other ate a daily teaspoon of peanut butter.

The volunteers wore non-invasive skullcaps fitted with electrodes to monitor brain activity while they looked at a screen with a visual stimulus -- a large stripey pattern that flickered at a regular rate.

The Marmite group showed a substantial reduction of around 30 percent in response to the stimulus compared with the peanut butter group.

The work, published in the Journal of Psychopharmacology, sheds a powerful light on how diet can affect brain activity, the researchers say. How Marmite worked was not clinically investigated.

But the presumption is that it boosts levels of an important neurotransmitter called gamma-amino-butyric acid (GABA).

GABA acts as a kind of brake on over-excited brain cells. It binds to neurons and reduces their activity, helping to provide balance in the brain.

Scientists have previously theorised that GABA helps to dampen fear or anxiety, which happens when neurons are over-stimulated.

The anti-anxiety drug benzodiazepine, for instance, works by beefing up GABA's effectiveness, and abnormal levels of GABA have been associated with epilepsy.

"This study suggests that eating Marmite is potentially good for you in that it seems to increase a chemical messenger associated with healthy brain function," lead authors Daniel Baker and Anika Smith told AFP.

"There could potentially be beneficial effects for people with some neurological disorders linked to GABA." The pair said they were not clinicians or dieticians, so were unwilling to make any recommendations about what would be a healthy limit for eating Marmite.

The new study appears in a specialist peer-reviewed publication, the Journal of Psychopharmacology.cDeemed a quintessential British food, Marmite has been the subject of a "love it or hate it" debate that has crumbled on for years, including a tongue-in-cheek campaign on social media to abolish the condiment.

One joke put around by detractors is thus: "I was in a good mood last week. I entered a competition and won a year's supply of Marmite -- one jar!"