Old drug may have new tricks to fight cancer 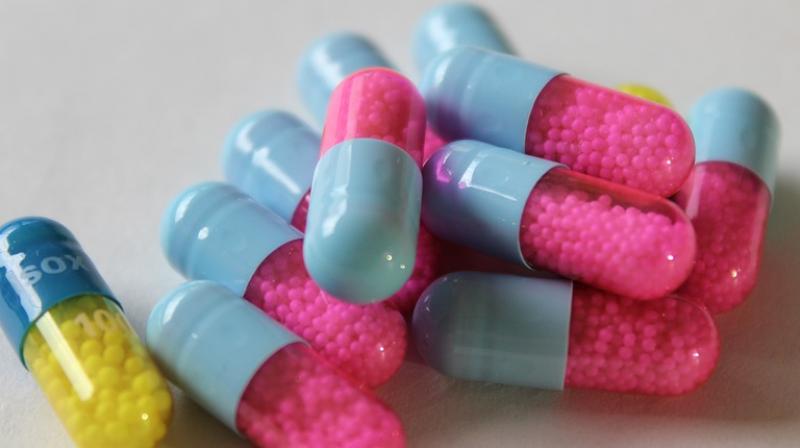 Washington: Turns out, old powerful drugs may have new tricks to fight cancer.

In recent years, a powerful suite of drugs known as kinase inhibitors have been developed to treat cancer and other diseases.

In a new study, researchers at Arizona State University's Biodesign Institute used an innovative method to screen a broad range of kinases for a drug's effectiveness.

Primary targets of such drugs include a family of receptor tyrosine kinases (RTKs) which protrude from cell surfaces like antennae and can activate cancer-related pathways virtually in all types of cancer when signalling molecules bind with them.

The compound, known as ibrutinib - an inhibitor of Bruton's tyrosoine kinase (BTK) in white blood cells, was first approved by the FDA in 2013 for the treatment of leukemia.

Using a sophisticated microarray platform invented by Dr. Joshua LaBaer, the new research demonstrated that ibrutinib can also target a little-studied member of the RTK family, known as ERBB4, potentially thwarting the sequence of events leading to progression and growth of other solid tumors.

Results showed that ibrutinib acts as a potent kinase inhibitor for ERBB4, limits growth in human cancer cells in the laboratory, and reduces tumor size in mice.

In order to explore ERBB4's subtle behavior, the researchers use a technology known as a protein microarray, which is a microscopic surface displaying many different proteins, each in individual dots.

In the current study, a revolutionary technology known as NAPPA (for nucleic acid programmable protein array) was applied.

Instead of printing the purified proteins on the microarray slide, NAPPA first prints circular DNA known as plasmids that contain genetic codes for proteins of interest and then synthesizes the target proteins just-in-time on the spot by adding human cell extract for more natural protein folding.

The findings are particularly valuable, as a number of ongoing clinical trials are underway using ibrutinib to treat solid tumors. Over expression of ERBB4 has been noted in a number of diseases, including triple-negative breast cancer and ovarian cancer.

The study is study published in the advanced online edition of the journal Oncogene.