India has rate is amongst the highest rates globally of antimicrobial resistance and antibiotic consumption. 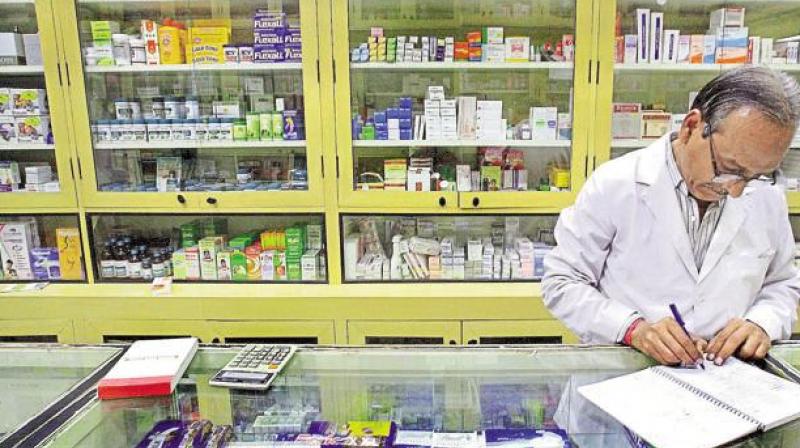 Limiting antimicrobial resistance is a strategic goal of the WHO and countries worldwide (Photo: AFP)

A new study has revealed that multinational pharmaceutical companies continue to manufacture dozens of unapproved formulations, despite the global health crisis of rising antimicrobial resistance.

The study also noted that millions of unapproved antibiotics are being sold in India each year.

Notably, India has rate is amongst the highest rates globally of antimicrobial resistance and antibiotic consumption, and parliamentary investigations have highlighted failures of the country's drug regulatory system.

To examine the availability of antibiotics and their approval status in India, researchers analyzed the regulatory records of antibiotics as well as sales data from 2007 to 2012.

There were 118 different formulations of FDCs being sold in India between 2007 and 2012, compared to five in the United Kingdom and the United States. Of these 118 formulations, 64 percent were not approved by the national drugs regulator, the Central Drugs Standard Control Organisation, even though the sale of unapproved new drugs is illegal in India. In contrast to FDCs, 93 percent of 86 SDF antibiotics on the market in India had regulatory approval.

The 118 FDC formulations gave rise to 3307 brand-name products made by 476 pharmaceutical manufacturers, including a dozen multinational companies.

Multinational companies manufactured 53 of the 118 FDC formulations. Twenty of these were unapproved in India. Only four were approved in the United Kingdom and the United States.

The researchers argued that changes are needed to achieve the proper use of antibiotics set by the World Health Organization (WHO).

"Limiting antimicrobial resistance is a strategic goal of the WHO and countries worldwide. Governments and regulators must take all necessary steps to prevent the production and sale of illegal and unapproved medicines and scrutinise the actions of multinational companies," said senior author Allyson Pollock.

The study is study published in the British Journal of Clinical Pharmacology.