As fat cells grow larger, they begin to over express a protein that acts as a metabolic brake that slows down fat cell metabolism. 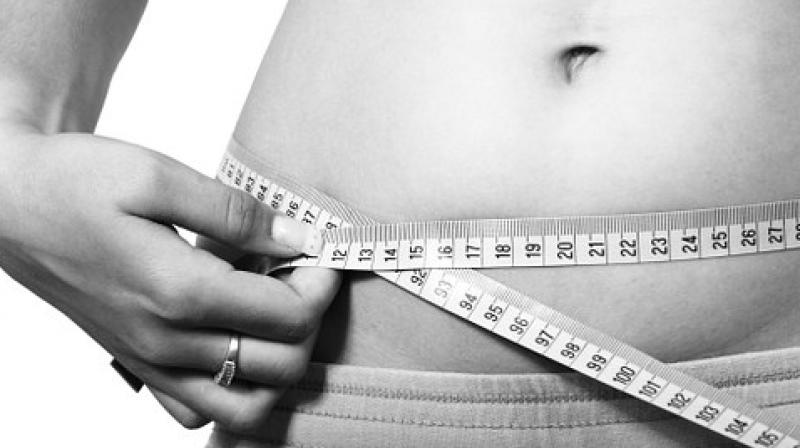 According to a research the drug significantly reduces body weight and blood cholesterol levels. (Photo: Pixabay)

Researchers, including one of Indian origin, have discovered a drug that selectively shrinks excess fat without suppressing appetite which may help cure obesity.

According to a research published in the journal Biochemical Pharmacology, the drug significantly reduces body weight and blood cholesterol levels without lowering food intake in obese mice.

"Blocking the action of the fat cell brake provides an innovative fat-specific mechanism to increase cell metabolism and reduce the size of white fat deposits, thereby treating a root cause of obesity and related metabolic diseases," said Harshini Neelakantan, from the University of Texas in the US.

"These initial results are encouraging and support further development of this technology as a new and more effective approach to combating metabolic diseases," Neelakantan said.

In the study, mice were fed a high-fat diet until they became obese and then received either the drug or a placebo.

Following 10 days of drug treatment, the researchers found that the obese mice receiving the actual drug lost more than seven percent of their total body weight and their white fat tissue mass and cell size decreased by 30 per cent compared with the placebo group.

In addition, blood cholesterol in drug-treated mice were lowered to normal levels, similar to those of non-obese mice.

On the contrary, placebo-treated mice continued to accumulate white fat and gain weight throughout the study.

Interestingly, mice in both the drug-treated and placebo groups consumed the same amount of food during the course of the study period, showing that the fat loss was not due to appetite suppression.

"As fat cells grow larger, they begin to over express a protein that acts as a metabolic brake that slows down fat cell metabolism, making it harder for these cells to burn accumulating fat," said Stanley Watowich, from the University of Texas.

"In addition, as the fat tissue expands, they secrete greater amounts of hormones and pro-inflammatory signals that are responsible for several chronic diseases, including type 2 diabetes and cardiovascular disease," Watowich said.