The most advanced malaria vaccine candidate, made with pieces of the parasite, protects only about a third of children. 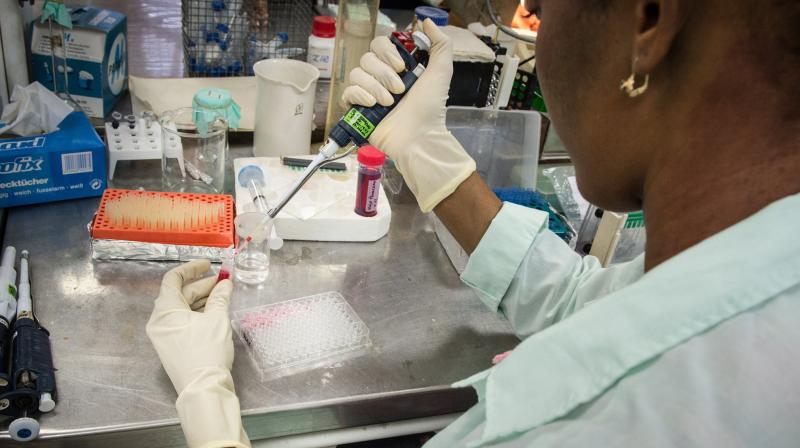 Washington: Researchers infected lab mosquitoes with genetically weakened malaria parasites, and then recruited volunteers willing to be bitten — a lot — to test a possible new strategy for a vaccine.

The idea: Vaccinate using living malaria parasites that are too weak to make people sick. It's a huge challenge, and while Wednesday's study is a small step, it illustrates the urgent quest for a powerful malaria vaccine.

Mosquito-borne malaria infects more than 200 million people worldwide every year, and kills about half a million, most of them children in Africa. Bed netting and insecticides are the chief protection.

The most advanced malaria vaccine candidate, made with pieces of the parasite, protects only about a third of children. Still, the World Health Organization plans pilot projects in Africa in 2018 to test whether the partial protection offers enough benefit for widespread use.

Hoping for better protection, a Seattle team is creating a vaccine with whole living but weakened parasites, an approach that has long worked with viruses.

First, researchers at the Fred Hutchinson Cancer Researcher Center and the Center for Infectious Disease Research removed three genes from malaria parasites that are critical to human infection.

They grew the "genetically attenuated parasites" in mosquitoes, and vaccinated 10 healthy volunteers not with a needle but with the captive insects: For about 10 minutes, each volunteer held out an arm for roughly 150 to 200 bites. Why? Scientists don't know how to grow malaria parasites outside a mosquito's salivary glands, explained lead author Dr. James Kublin, a Fred Hutchinson researcher. If the approach pans out, one hurdle will be getting those parasites into a traditional shot.

None of the volunteers became sick with malaria, researchers reported in the journal Science Translational Medicine — although the bites caused swelling and itching. Missing key genes, the parasites couldn't multiply in the liver in order to spread. But they did spark immune system defenses capable of completely protecting mice from malaria.

Later this year, the Seattle team will test whether a small number of people given the genetically attenuated parasites really are protected when bitten by mosquitoes carrying regular malaria.

It's too soon to know whether genetically engineered parasites are a feasible approach, cautioned Dr. Ashley Birkett, director of PATH's Malaria Vaccine Initiative, who wasn't involved in the work.

But it's not the only live parasite attempt. Biotechnology company Sanaria has reported promising early results with a different way of weakening malaria, irradiating thousands of infected mosquitoes and gathering the weakened parasites out of their salivary glands.