In the first six months after starting testosterone, men have a 63 percent higher risk of clots in the legs and lungs. 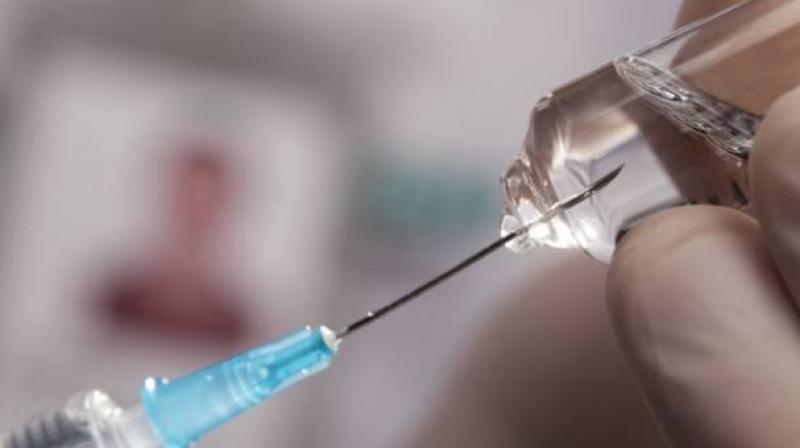 Frankfurt: Men may have an increased risk of blood clots after they start taking testosterone to treat sexual dysfunction, a recent study suggests.

In the first six months after starting testosterone, men have a 63 percent higher risk of clots in the legs and lungs than they did before beginning treatment, the study found.

While the absolute risk of a clot, known as a venous thromboembolism, is low and diminishes over time, men should still discuss it with their doctors, said lead study author Dr. Carlos Martinez of the Institute for Epidemiology, Statistics and Informatics GmbH in Frankfurt, Germany.

"This observational study suggests an increased risk of venous thromboembolism soon after the start of testosterone use," Martinez said by email. "The risk declines after more than six months' treatment."

Although the increased risks are temporary, and still relatively low in absolute terms, the researchers warn that failure to investigate the timing and duration of testosterone use in previous studies could have masked this association.

For the current study, researchers examined data on about 19,000 patients with blood clots and more than 900,000 similar men without a history of clots collected from 2001 to 2013 in the U.K.

Compared with men who hadn't used testosterone, current users had a 25 percent higher risk of clots, researchers report in The BMJ. After six months of treatment, the risk returned to levels similar to what men had before starting testosterone.

The study is observational and can't prove testosterone causes clots or that stopping treatment would reduce the risk of clots, the authors note.

Millions of men worldwide have taken testosterone to address these symptoms. Some previous studies suggest a possible relationship between low testosterone and hardening of the arteries, heart disease, and blood clots, said Dr. Joao Zambon, a researcher at Wake Forest University in Winston-Salem, North Carolina who wasn't involved in the study.
"It is unclear if this is a causal relationship or a concomitant event," Zambon added by email.

"Despite all the benefits in terms of well-being, quality of life and symptom improvement, there are still many controversies and questions without answer in terms of testosterone replacement therapy," Zambon said.
This makes regular check-ups essential.

"For patients with symptoms and low testosterone levels and for those who have already been using testosterone replacement therapy, it is highly recommended that they get a regular follow-up with a specialist to avoid any unexpected events," Zambon said.