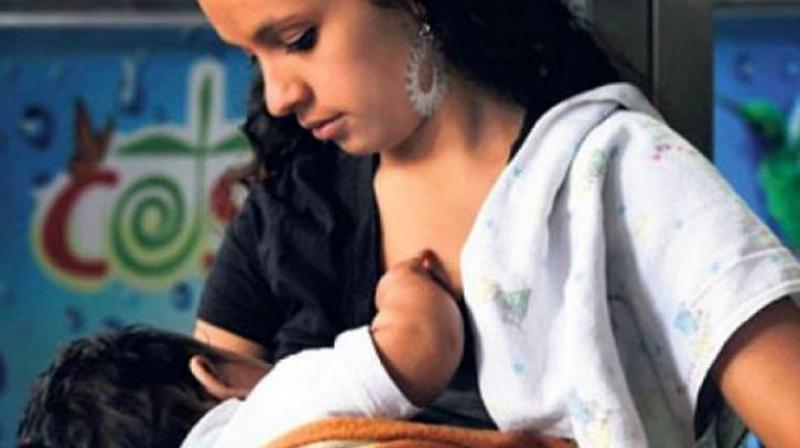 New Delhi: In India, malnutrition claims one out of three lives among children under five. A large majority of these deaths are attributed to inappropriate feeding practices during the initial years of life.

According to recent studies, 46% of deaths in children under-five occur in the neo-natal period and breastfeeding in the first hour can reduce the risk of neo-natal deaths by 33%. This is because breast milk is the child's first source of nutrition and immunity, protecting them from various diseases such as diarrhoea, respiratory infection, sepsis, omphalitis, hypothermia, weight loss, and malnutrition.

Despite the known benefits of breastfeeding to both mother and baby, a survey conducted by Medela India revealed that only 39% of mothers in India initiated breastfeeding in the first hour.

The survey further showed that over 30% of mothers fed their babies with formula milk immediately after birth highlighting the fact that a large majority of Indian mothers do not engage in the act of breastfeeding to provide the first and best nutrition for their babies.

Nutrition is integral to of survival, health and development for current and succeeding generations. Breastfeeding is a healthy start for laying a strong foundation in the initial years as breast milk provides the energy and nutrients that an infant requiresduring this stage.

The first feed post birth is especiallycriticalas it contains, colostrum which acts as a shield against a host of fatal diseases and impacts the intelligence of the child positively. Recognising this, the World Health Organisation advocates exclusive breastfeeding for the first six months of a child's life and prolonged breastfeeding up to two years for best results.

Commenting on the need for mothers to breastfeed for providing the best nutrition to their babies during the initial years, Ms. Emilie Moulard, Managing Director, Medela India said, "The health benefits of mother's milk are abounded and leave an imprint on the child for a lifetime. Therefore, we at Medela engage in comprehensive and consistent research on human milk as we strongly believe that it is the best suited for infants. Our aim is to enable and empower mothers tobreastfeed at home and in workplaces by providing lactation support so that they can continue being a nutrition provider for their babies".

The lack of breastfeeding practices among mothers can be due to reasons such as low awareness, increasingly stressful lifestyles, home and work-life imbalance, lack of adequate family support and health conditions. Therefore mothers should be encouraged and motivated through counselling, education and family support to initiate and continue breastfeeding for a healthier tomorrow.

TheNational Nutrition Week is commemorated from 1st -7th September every year to raise awareness on the importance of nutrition for good health which has far-reaching implications on the development, productivity and economic growth of the nation.