Assaults may be more common gun injuries in urban areas because those areas tend to suffer disproportionately from violent crimes. 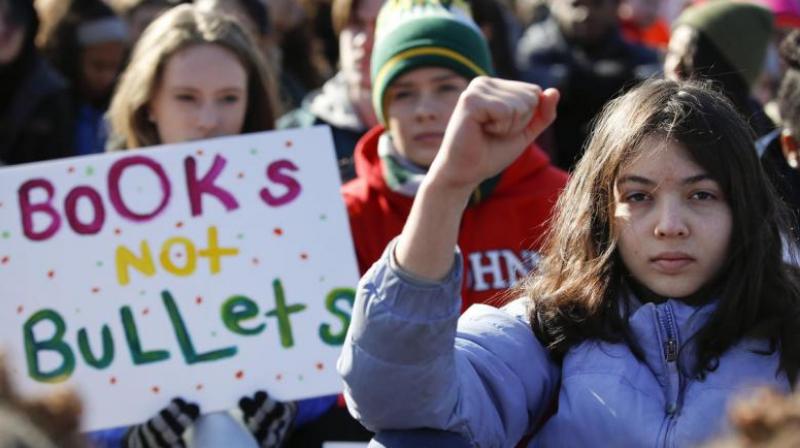 In the US, more than 5,500 urban teens are hospitalized for gun injuries every year. (Photo: AP)

Urban youngsters are almost twice as likely as rural youth to be hospitalized for gun injuries, a U.S. study suggests.

That’s largely because youth 15 to 19 years in cities are almost eight times more likely than rural teens to be hospitalized after firearm assaults, which account for the majority of gun-related injuries for urban youth.

In the U.S., more than 5,500 urban teens are hospitalized for gun injuries every year, at a rate of about 15 a day, researchers report in Pediatrics.

Younger children in cities, however, have less than half the risk of gun-related hospitalizations than their rural peers. The bulk of these cases for children 5 to 14 years old occur in rural areas and involve accidents, not assaults.

“This study shows again that the highest rates of hospitalization for firearm injuries are in adolescent males in urban areas but that in younger age groups, specifically ages 5 to 9 and 10 to 14, accidental firearm injuries are most common and in fact, the rates of hospitalization are higher in rural populations compared to their urban counterparts,” Dodington said by email.

Across communities of all sizes, the vast majority of gun injuries occurred among males and youth ages 15 to 19.

About 2 percent of gun injuries in cities involved kids under five years old, compared with 4.3 percent of rural cases.

Children ages 5 to 9 accounted for slightly less than 3 percent of gun-related hospitalizations in cities but more than 8 percent of rural cases, the study also found.

Similarly, kids ages 10 to 14 were involved in 9.5 percent of gun injuries treated in urban hospitals but more than 24 percent of cases in rural hospitals.

Rural communities had higher rates of pediatric hospitalizations for gun injuries involving accidents as well as suicide attempts or episodes of self-harm, the study also found.

The study wasn’t a controlled experiment designed to prove whether or how where children live might directly impact their risk of being hospitalized for gun injuries.

Another limitation is that the national database of pediatric firearm injuries used in the study might not always have accurate or complete information about the circumstances surrounding these cases. In some instances, results from police investigations might not have concluded whether a case involved assault, and in other situations suicide attempts might be recorded as accidents, for example.

Even so, the results highlight differences in the risk of gun injuries faced by youth in cities and in rural communities that might help shape prevention efforts, noted Alex Piquero, a criminology researcher at the University of Texas at Dallas who wasn’t involved in the study.

“Assaults may be more common gun injuries in urban areas because those areas tend to suffer disproportionately from violent (especially firearm-related) crimes compared to rural areas due in large part to the intersections between gangs, drugs, guns, and offending and victimization more generally,” Piquero said by email.

“On the other hand, accidents may be more common in rural areas because these factors are less likely to exist in rural compared to urban areas and hospitalizations for younger children (under 15) in rural areas may be occurring because of differential gun storage patterns and/or easy access to hospitals,” Piquero added.