Cancer experts say it is difficult enough to find cancer DNA in the bloodstream of patients with advanced tumors. 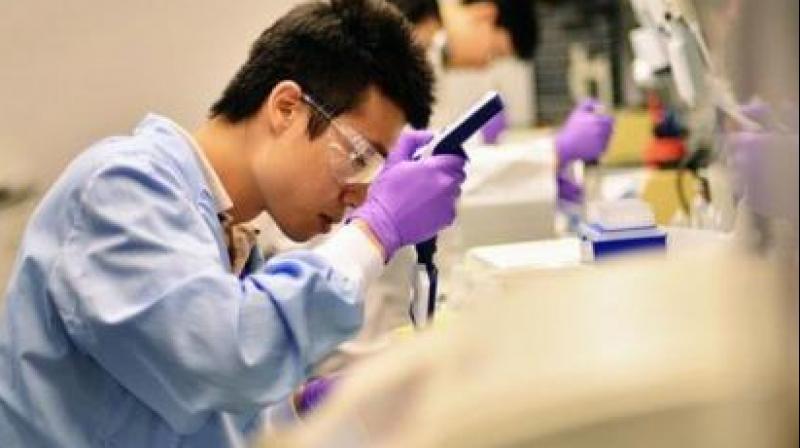 Researchers analysed tissue and blood samples from 124 patients with metastatic breast, lung, and prostate cancers for the study.(Photo:Pixabay)

An early stage trial of an ultra-sensitive "liquid biopsy" that scans blood samples for traces of cancer DNA showed it was able to pick up at least one cancer mutation in most of the patients with advanced cancers that were studied.

The findings, presented on Saturday at the American Society of Clinical Oncology meeting in Chicago, show the new test by Grail, a spinoff of gene sequencing company Illumina Inc, can identify bits of cancer DNA in the blood of patients already known to have cancer.

The study is the first of many the company must perform as it aims to develop a blood test to find early stage cancers in people with no symptoms of the disease. "It's an important first step. We show that what we call a high-intensity approach works," said Dr. Pedram Razavi of Memorial Sloan Kettering in New York, who led the study.

Most liquid biopsies use next-generation sequencing to scan blood samples for fragments of tumor DNA in people previously diagnosed with cancer. Such tests, from a host of companies including Guardant Health Inc, Foundation Medicine, Qiagen NV, Genomic Health Inc and Myriad Genetics Inc, offer a non-invasive alternative to standard tissue biopsies and are expected to be a multibillion-dollar market. They are used to identify which genes are driving a person's cancer or measure the effectiveness of treatment.

Cancer experts say it is difficult enough to find cancer DNA in the bloodstream of patients with advanced tumors, but it will be far more challenging to find rare cancer genes in blood from healthy people. To achieve this, Grail's test scans blood samples for mutations in 508 genes, reading each region of the genome some 60,000 times. The company says the process yields 100 times more data than other liquid biopsy approaches.

The company was formed in 2016 with $100 million in investments from Illumina and others including Amazon.com Inc founder Jeff Bezos and Microsoft Corp co-founder and philanthropist Bill Gates. In March, the company said it had raised more than $900 million in financing.

For the feasibility study, researchers from Sloan Kettering and Grail analyzed tissue and blood samples from 124 patients with metastatic breast, lung, and prostate cancers, to see if the blood test detected mutations that were identified in separate tests from tissue biopsies. In 89 percent of patients, at least one genetic change detected in the tumor was also found in the blood.

"Basically, what they're showing is that they can detect in blood the majority of the same mutations that they can detect in tissue of patients with advanced cancer," said Dr. Richard Schilsky, chief medical officer of ASCO, who was not involved in the study. Schilsky said the study is a first step in validating the test, adding diagnosing early stage cancers from a blood test "is a very high hurdle."

Even if Grail proves it can find early stage cancers, such a test could create a challenge for doctors, who would need to find the tumor so it could be removed. Razavi said scientists are already considering that problem, too.

Mark Lee, head of clinical development and medical affairs at Grail, said the company plans to use its test on hundreds of thousands of people with and without cancer to map out the characteristics that distinguish early stage cancers from normal DNA. "The key is going to be data," Lee said.