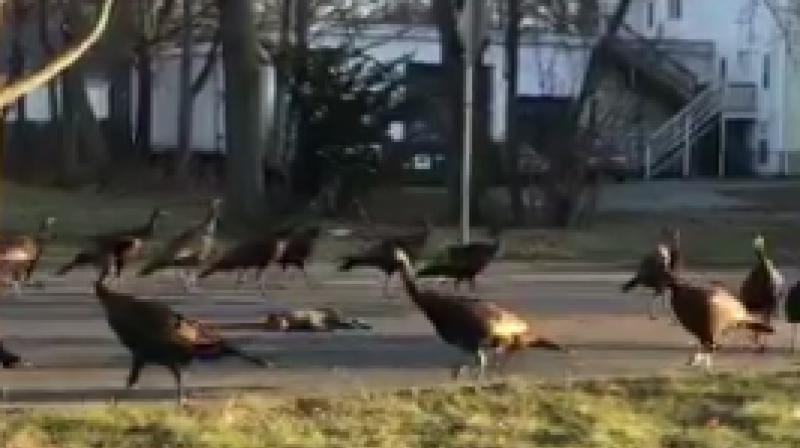 The viral video was titled funnily titled "These turkeys trying to give the cat a 10th life” by the user. (Photo: Twitter)

Birds have different ways of dealing with deaths and most often than not they surprise most humans. A Twitter user posted a video that saw turkeys roaming in circles around a dead cat but they did not try going closer for some mysterious reason and the video has now gone viral.

The video was shared by user @theReal_JDavis hilariously captioned the video “These turkeys trying to give the cat a 10th life”. It looks like the turkeys were trying to gauge if the cat was actually dead and wouldn’t harm without even going close to try to eat it.

The video has also got over 130,000 likes and 80,000 retweets since the time it was posted on social media and many people are still trying to guess what the turkeys are actually trying to do.

These turkeys trying to give this cat its 10th life pic.twitter.com/VBM7t4MZYr