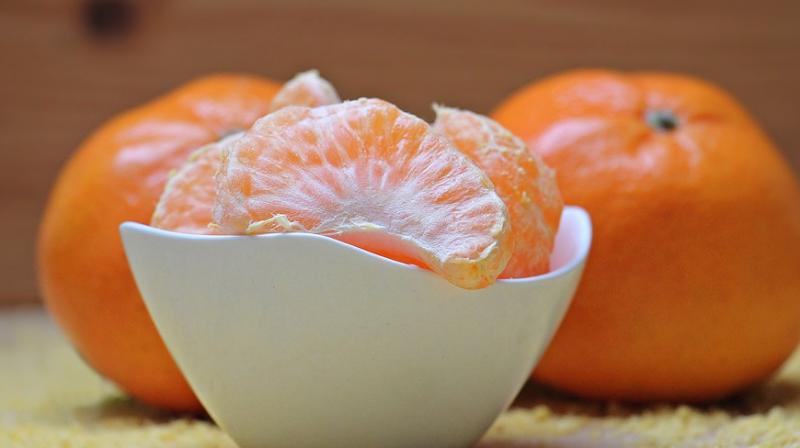 Washington: Suffering from tuberculosis? Include bell peppers, dark leafy greens, berries and oranges in your diet.

Studies in mice and in tissue cultures suggest that giving vitamin C with tuberculosis drugs could reduce the unusually long time it takes these drugs to eradicate this pathogen. In the study, the investigators treated Mycobacterium tuberculosis-infected mice with anti-tuberculosis drugs or vitamin C alone, or the drugs and vitamin C together. They measured M. tuberculosis (Mtb) organ burdens at four and six weeks post treatment.

Vitamin C had no activity by itself, but in two independent experiments, the combination of vitamin C with the first-line TB drugs, isoniazid and rifampicin, reduced the organ burdens faster than the two drugs without vitamin C, said first author Catherine J. Vilcheze, Ph.D. Instructor, Department of Microbiology & Immunology, Albert Einstein College of Medicine, Bronx, NY. Experiments in infected tissue cultures demonstrated similar results, shortening the time to sterilization of the tissue culture by seven days.

Such long term treatment is needed for tuberculosis because a subpopulation of Mtb cells can form Mtb persister cells, dormant cells that are virtually impervious to antimicrobials.

In earlier studies, the investigators discovered that while high levels of vitamin C will kill actively dividing cells, lower concentrations will stimulate respiration and prevent the formation of persisters, said Dr. Jacobs. Then, in the presence of TB drugs, that increased respiration will lead to rapid death of the cells. "Thus in our new paper, we postulate that vitamin C is stimulating respiration of the Mtb cells in mice, thus enabling the action of isoniazid and rifampicin."

A French study conducted in 1948 suggested that vitamin C was safe for humans, and potentially beneficial. Investigators gave high daily doses of vitamin C to terminally ill patients with no side effects. While the infection did not regress, that study characterized other effects as "remarkable:" bedridden patients regained appetite and physical activity.

Tuberculosis is a major worldwide public health problem, infecting the lungs and other organ systems. In 2016, the disease sickened more than 10 million people worldwide, and killed 1.7 million. In the United States, cases number in the low thousands, out of a population of around 3,30 million. Treatment of multidrug resistant TB takes at least two years, and requires use of toxic second-line TB drugs with severe side effects.

"Vitamin C is known to be safe and our current mouse studies suggest that vitamin C could enhance TB chemotherapy," said Dr. Jacobs. "A clinical trial of vitamin C with TB chemotherapies could demonstrate that such an adjunct therapy could reduce patients' exposure to toxic TB drugs and also reduce the spread of TB from infected individuals."

The research is published in Antimicrobial Agents and Chemotherapy, a journal of the American Society for Microbiology.