Treating earwax without seeing a doctor can cause infection 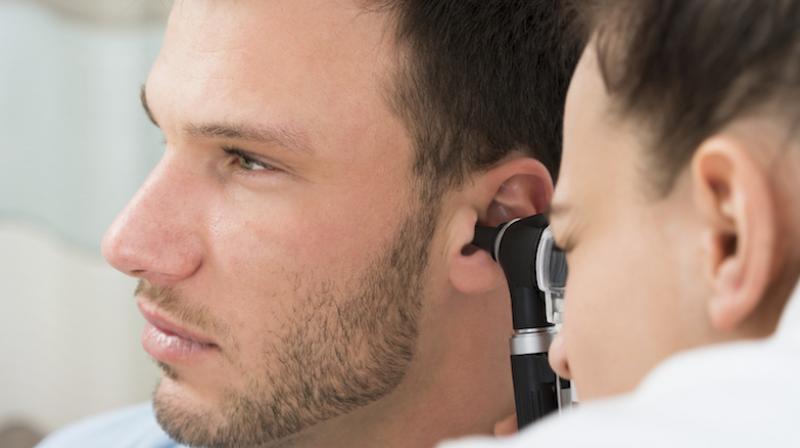 Sometimes people just push the wax in further which may lead to potential damage to the ear drum. (Photo: Pixabay)

It may be tempting to clean your ears with Q-tips or try ear candling to clear away any clogs, but it’s best to check with a professional before taking matters into your own hands, doctors advise.

“Patients may try to blindly instrument their ears with cotton ear buds, bobby pins, or other tools,” said Dr. Seth Schwartz, chair of a committee that drafted new guidelines for diagnosing and treating earwax for the American Academy of Otolaryngology – Head and Neck Surgery.“These are generally ineffective and potentially dangerous,” Schwartz, director of the Listen For Life Center at Virginia Mason in Seattle, said by email.

“Scratching of the ear canal skin can lead to pain and infection,” Schwartz added. “Sometimes they just push the wax in further, and there also is the potential for damage to the ear drum.” The body makes earwax, or cerumen, to keep ears clean and trap substances like dust and dirt, preventing debris from getting further into the ear where it can cause damage. As new skin grows in the ear canal, it pushes old earwax from the inside of the ears closer to the opening where it naturally flakes off or washes away during bathing.

Often, there’s nothing wrong with having a little earwax near the opening, doctors stress in guidelines published in Otolaryngology–Head and Neck Surgery. But when the ear’s self-cleaning process doesn’t work well, too much earwax may accumulate and partially or fully block the ear canal. This can cause problems including pain, itching, discharge from the ear, ringing in the ear or hearing loss.

Roughly one in 10 children and one in 20 adults suffer from excessive earwax buildup, as do more than one third of elderly people, according to the guidelines. Excessive cleaning can irritate the ear canal, cause infection, and even increase the chances of excessive buildup, or what’s known as cerumen impaction, the guidelines note.

There’s no evidence that using ear candles, a process that relies on heat to remove buildup, actually works at clearing impaction, and this can cause serious damage to the ear canal and eardrum, the guidelines also emphasize. Patients should see a doctor if they experience hearing loss, pain or feel fullness in their ears or aren’t certain whether the amount of wax is normal.

People should also get a checkup if they have ear drainage or bleeding because these symptoms aren’t tied to impaction and may be an indication of other problems.“The mantra from previous generations of 'don't stick anything in your ear that is smaller than your elbow’ still applies,” said Dr. Duane Taylor, chief executive officer and medical director of Le Visage ENT and Facial Plastic Surgery in Bethesda, Maryland.

“Generally people still erroneously believe that the cotton-tipped applicator or Q-tip is the primary weapon of choice to get rid of earwax,” Taylor, who wasn’t involved in the guidelines, said by email. In most cases, though, wax that’s naturally found near the outer part of the ear can be wiped away with a damp cloth, Taylor added. Cotton-tipped applicators can compact the wax and push it deeper into the ear, making it harder to remove.

Certain hearing aids, or wearing earbuds instead of over-the-ear headphones, can also inadvertently push wax deeper into the ear, Taylor said. At home, people may be able to use wax removal drops, baby oil or a few drops of hydrogen peroxide to prevent buildup, but it’s best to consult a doctor first.

“In most cases, primary care clinicians are the first line of evaluation for this condition and are adequately equipped to manage it,” Taylor said. “When it is noted to be more complicated or there is a risk of injury there should be a referral to an Ear, Nose and Throat physician for removal.”