Refraining from giving proper sex education may lead to STDs 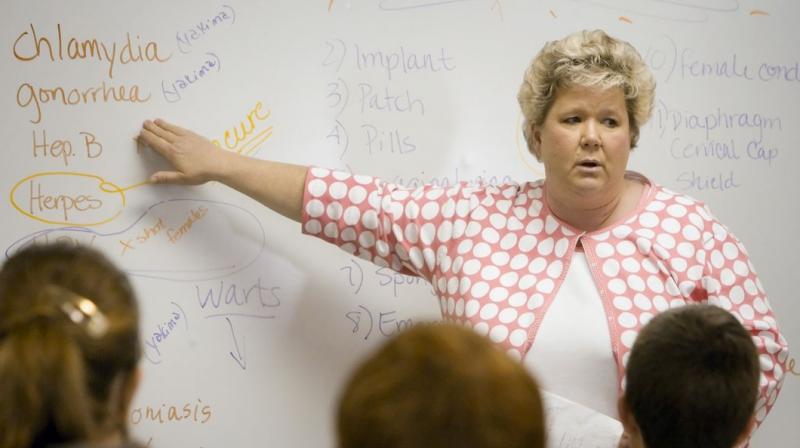 Parents and teachers need to take an active interest in providing the correct sex education to children rather than saying it is too early. (Photo: AP)

According to a report in Broadly, research says that if students or children are not given proper sexual education, it can lead to them being affected by sexually transmitted diseases (STD’s) in the future. It can also lead to unplanned pregnancies in young girls who are not informed correctly at the right time. There are many schools that do not provide sexual education to students because it is too early to tell them the details and research has shown that the theory is a wrong notion. However, there are also many opponents also say that teaching them about it early will make them engage in sexual intercourse early thus leading to early pregnancies too but there is no proof.

Research also shows that providing sexual education to children early will help them avoid child sexual abuse or at least make them aware of the situation and report it to the authorities. Parents play a crucial role as they influence the child’s behaviour, which makes them the ideal people to tell their children about sex