Deterioration of health before onset of diabetes happens faster in women

Sex differences in some of the cardiometabolic risk factors, which were less favourable for the female sex were also observed. 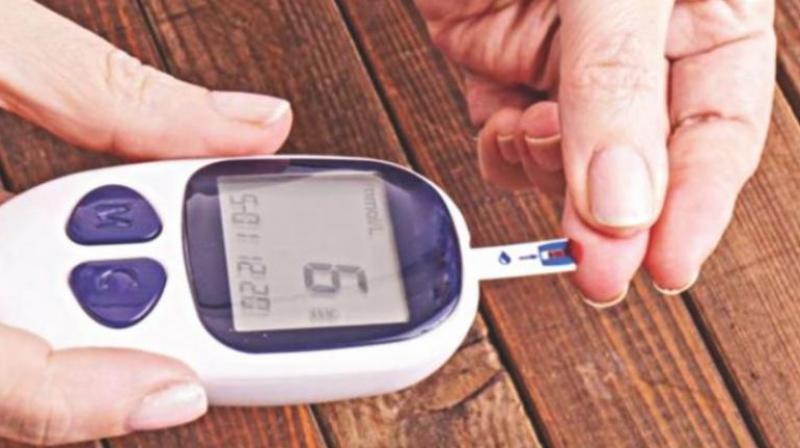 Despite this, there has been a little investigation into whether women suffer a relatively worse cardiometabolic risk profile before developing the disease (Photo: AFP)

Washington: A new study has found that prior to the onset of type 2 diabetes (T2D), women with versus without prediabetes experience significantly have larger adverse differences in their cardiometabolic health than men. However, the mechanisms responsible for these sex differences remain a mystery.

The research, conducted by the Maastricht University Medical Centre, aimed to evaluate sex-related differences in cardiovascular risk factor levels, both before and after the onset of T2D.

T2D is known to reduce or even reverse the protective effect of being female on the risk of developing cardiovascular disease. The metabolic changes that eventually lead to T2D can precede the development of hyperglycemia (caused by poorly controlled blood glucose levels) by years or even decades. Despite this, there has been a little investigation into whether women suffer a relatively worse cardiometabolic risk profile before developing the disease.

The authors analysed a population-based cohort of individuals aged 40-75 years, containing an elevated number of people with T2D to investigate differences in the levels of cardiovascular risk factors between prediabetes and T2D on the one hand and normal glucose metabolism on the other.

Analyses were performed which adjusted for the age and sex of subjects, and, where appropriate, their medication use, to determine whether this difference was dissimilar in men and women.

The study found that when comparing individuals with prediabetes to healthy subjects with normal glucose metabolism, the size of the difference in a number of cardiometabolic risk markers was greater in women than in men. men">Women with prediabetes had a more elevated blood pressure, a more adverse difference in HDL (good) and LDL (bad) cholesterol, and more elevated levels of triglycerides (a type of fat) and markers of inflammation in the blood than prediabetic men.

The authors stated that the major finding of this study is that there are already sex differences in cardiometabolic risk factors before the onset of T2D, to women's disadvantage.

They added, "Sex differences in some, not all, of the cardiometabolic risk factors, which were less favourable for the female sex (in individuals with T2D), were also observed in their association with prediabetes. This suggests that the cardiometabolic risk profile of women has deteriorated to a larger extent even before the onset of T2D, which needs to be confirmed by prospective studies."