Women with the highest levels were 10% less likely to have successful fertilization. 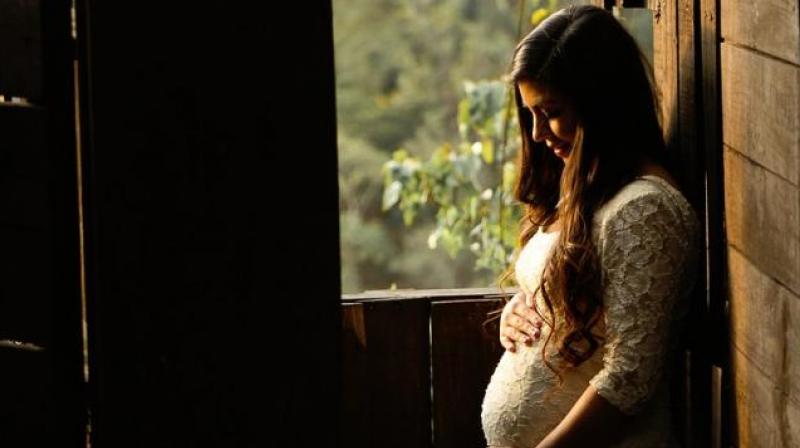 Women with high concentrations of common flame retardants in their urine may have a hard time getting pregnant and carrying a baby to term, a recent study suggests.

The chemicals - known as PFRs, or organophosphate flame retardants - can be used to make clothing or upholstery fire-resistant and may also be found in nail polish, yoga mats and car seats. For the study, researchers examined data on 211 women who went to a fertility clinic in Massachusetts to be evaluated for in vitro fertilization. Lab tests showed high urinary levels of metabolites, or byproducts, of three flame retardants: diphenyl phosphate (DPHP), bis(1,3-dichloro-2-propyl) phosphate (BDCIPP) and isopropylphenyl phenyl phosphate (ip-PPP).

“These findings suggest that exposure to PFRs may be one of many risk factors for lower reproductive success,” said lead study author Courtney Carignan, who did the research at the Harvard T.H. Chan School of Public Health in Boston. “They also add to the body of evidence indicating a need to reduce the use of these flame retardants and identify safer alternatives,” Carignan, now at the Center for Research on Ingredient Safety at Michigan State University in East Lansing, said by email.

Flame retardants added to a wide range of products aren’t chemically bound, which means they’re continuously released into the air and dust, Carignan said. “We all ingest a little bit of dust every day because small amounts easily stick to our hands,” Carignan added. “Couples wishing to reduce their exposure to flame retardants may benefit from washing their hands several times throughout the day, particularly before eating, as previous studies have shown that people who wash their hands more frequently have lower levels of these chemicals in their bodies.”

One in six couples struggles with infertility - a proportion likely to rise as increasing numbers of people in developed countries delay childbearing, researchers note in Environmental Health Perspectives. Previous studies have linked exposure to products containing hormone-disrupting chemicals, such as pesticides and phthalates, to infertility and poorer reproductive success. PFRs have been found to cause hormone disruption in animal studies.

In the current study, 87 percent of the women had BDCIPP in their urine, 94 percent had DPHP and 80 percent had ip-PPP. Just 14 percent had the flame retardant tert-butylphenyl phenyl phosphate (tp-PPP), and none had bis(1-chloro-2-propyl) phosphate (BCIPP). The study wasn’t a controlled experiment designed to prove whether or how flame retardants might impact women’s fertility.

Another limitation of the study is that researchers didn’t consider male partners’ exposure to flame retardants, the authors note. Because the study participants were 35 years old on average and seeking care at a fertility clinic, it’s possible the results might not reflect what would happen for younger women or all women trying to conceive.

“Since this is the first study to examine the effects of organophosphate flame retardants on female reproduction, it is unclear how these findings would apply to the general population of reproductive-aged women,” said Ami Zota, an environmental and occupational health researcher at the Milken Institute School of Public Health at George Washington University.

While more research is needed to confirm the study findings in a larger population, women may still take precautions, Zota, who wasn’t involved in the study, said by email.
“Women may be able to reduce their chemical exposures in the indoor environment by washing their hands frequently, especially prior to eating, as well as buying flame-retardant-free furniture,” Zota advised.