According to experts method is akin to deposit of misfolded IAAp proteins in pancreas of individuals. 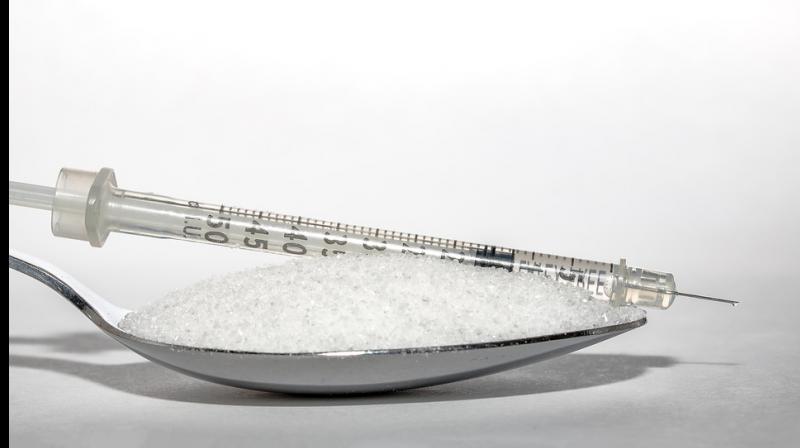 While type 2 usually develops with age, a marked increase in the disease all across the world over past 50 years is still not clear (Photo: Pixabay)

Study says that about 6 per cent of the world’s population suffers from type 2 diabetes. Now a new study has found out that there is a possibility of type 2 diabetes being transmitted in a way similar to diseases such as mad cow disease.

While, unlike the type 1 diabetes, type 2 usually develops with age, a marked increase in the disease all across the world over past 50 years is still not clear.

Now, a team of researchers at the University of Texas has been focussing on what appears to be abnormal protein deposits in 90 per cent of patients with type 2 diabetes. They found out that these people had aggregates of a protein called IAAP.

The research that followed saw small amounts of misfolded IAAP proteins being injected into mice and researchers concluded that that this induced the formation of protein deposits in the animal's pancreas.

However, what is interesting to note is that within weeks of receiving the misfolded IAAP aggregates the mice displayed several symptoms associated with type 2 diabetes, from elevated blood glucose levels to a loss of pancreatic beta cells.

While the research is yet to identify how they cause type 2 diabetes, but scientists believe that once a large enough volume of these proteins form in the pancreas, they may be capable of damaging and killing the body's beta cells that secrete insulin.

This is akin to other diseases that are transmitted and caused by similar misfolded protein aggregates.

This means that type 2 diabetes could be similar to other diseases that are transmitted and caused by misfolded protein aggregates.

However, scientists are not yet ready to cry ‘wolf' as there is no proof that type 2 diabetes is something one may simply ‘catch’. But the team believes that that there is a potential of it being transmitted in a variety of ways, from blood transfusions to eating meat containing high levels of misfolded IAAP proteins.

What scientists believe that the bigger inference from the study should be a focus on how the illness could progress in an individual.

The research was published in The Journal of Experimental Medicine.