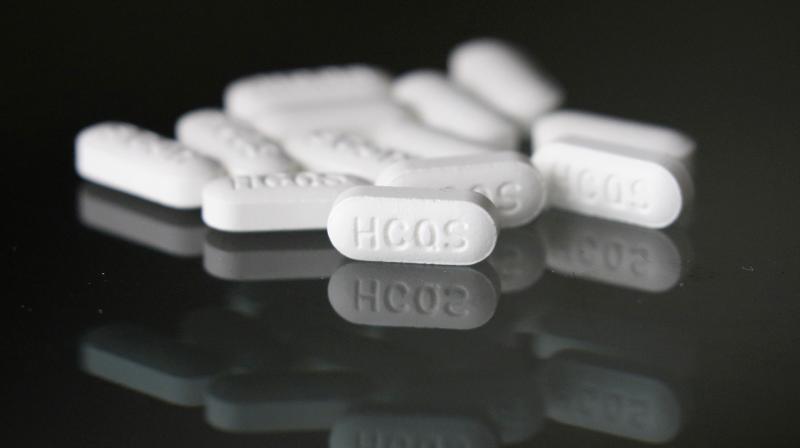 The research primarily concerned angiotensin-converting-enzyme (ACE) inhibitors and angiotensin-receptor blockers (ARBs), which are also given to diabetes patients to help protect their kidneys.

ACE inhibitors include likes of ramipril, lisinopril and other drugs ending in -pril; while ARBs include valsartan and losartan, and generally end in -sartan.

There had been concern arising from animal studies that these medicines might increase the body's levels of a protein called ACE2, which the coronavirus latches on to when it invades human cells, increasing people's vulnerability to the disease.

Confusing matters further, there were also contradictory animal studies that showed having more ACE2 proteins might lessen an inflammatory reaction in lungs to COVID-19, a beneficial effect.

The three new studies were published in the New England Journal of Medicine (NEJM).

Each involved reviewing the records of thousands of coronavirus patients either on or not on the medicines, then using statistical methods to control for other factors like underlying health conditions that might make people more susceptible to serious COVID-19.

"We saw no difference in the likelihood of a positive test with ACE inhibitors, with angiotensin receptor blockers," Harmony Reynolds of the NYU Grossman School of Medicine who led one of the studies that involved about 12,600 people told AFP.

The studies were "observational," meaning the researchers observed the effect of a risk factor.

This type of investigation is always considered weaker than "experimental" where an intervention is introduced along with a control, which leaves less to chance.

The authors of an accompanying editorial in the NEJM acknowledged this inherent weakness, but added: "We find it reassuring that three studies in different populations and with different designs arrive at the consistent message."

Reynolds said the findings were relieving, because she had been getting questions from worried patients who had read press reports and were asking if they should stop their medicines.

"I'm very happy to be able to tell patients that they should continue their blood pressure medications," she said.

This is especially important given that lockdown life itself appears to be causing high blood pressure, "maybe from stress or less exercise or eating differently," she added.

One of the NEJM studies, led by Mandeep Mehra and Brigham and Women's Hospital, found the drugs were potentially tied to a lower risk of death from COVID-19.

But the journal's editorial cautioned that this was not supported by the others and may be due to chance.