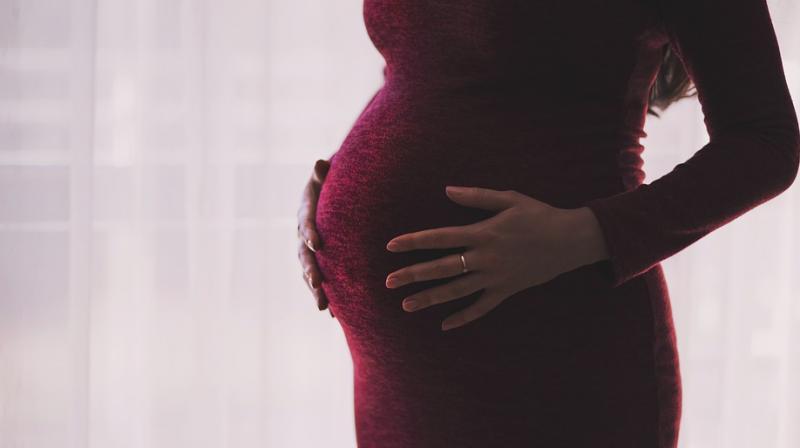 Each 10 mmHg increase in diastolic blood pressure - the “bottom” number - was associated with an 18 percent greater chance of miscarriage even when women didn’t have hypertension before conception. (Photo: Pixabay)

Women with slightly elevated blood pressure before they get pregnant may have an increased risk of miscarriage even when they’re not diagnosed with hypertension, a U.S. study suggests.

Researchers examined data on 1,228 women with at least one previous pregnancy loss who were trying to conceive. Out of the 797 participants who became pregnant during the study, 188, or about 24 percent, had a miscarriage.

Even when their blood pressure was in a healthy range before pregnancy, each 10 mmHg (millimeters of mercury) increase in systolic blood pressure - the “top” number - was associated with an 8 percent higher risk of miscarriage, the study found.

Each 10 mmHg increase in diastolic blood pressure - the “bottom” number - was associated with an 18 percent greater chance of miscarriage even when women didn’t have hypertension before conception.

“Our study adds to evidence suggesting the importance of addressing high blood pressure among young women, both for their future cardiovascular health and potentially for their reproductive health as well,” lead study author Carrie Nobles of the Eunice Kennedy Shriver National Institute of Child Health and Human Development in Bethesda, Maryland, said by email.

Most participants were white and overweight or obese, and they were 29 years old on average.

Roughly two-thirds had experienced one pregnancy loss, and the rest had gone through two miscarriages before joining the study.

Among the women who did conceive during the study, those who again had a miscarriage had slightly higher blood pressure than women who had a live birth, researchers report in Hypertension.

The study wasn’t a controlled experiment designed to prove whether or how slight elevations in blood pressure might contribute to miscarriages. Researchers lacked data to examine the connection between blood pressure and different types of pregnancy loss.

Because all of the women had at least one previous miscarriage, it’s also possible that the results might not apply to women without a history of pregnancy loss, Dr. Simon Timpka, a researcher at Lund University Diabetes Centre and Skane University Hospital in Malmo, Sweden, said by email. Timpka wasn’t involved in the study.

Even so, the results underscore that a healthy lifestyle is essential for women who are trying to conceive, said Dr. Suzanne Steinbaum, a spokesperson for the American Heart Association’s Go Red for Women campaign.

All women of reproductive age should take steps to keep their blood pressure at a healthy level, even if they’re not trying to conceive and don’t have a history of miscarriage, said Dr. Laura Benschop, a researcher at Erasmus Medical Center, Rotterdam, in the Netherlands who wasn’t involved in the study.