It’s likely that many women on active duty didn’t realize they were pregnant or receive prenatal care early in their pregnancies. 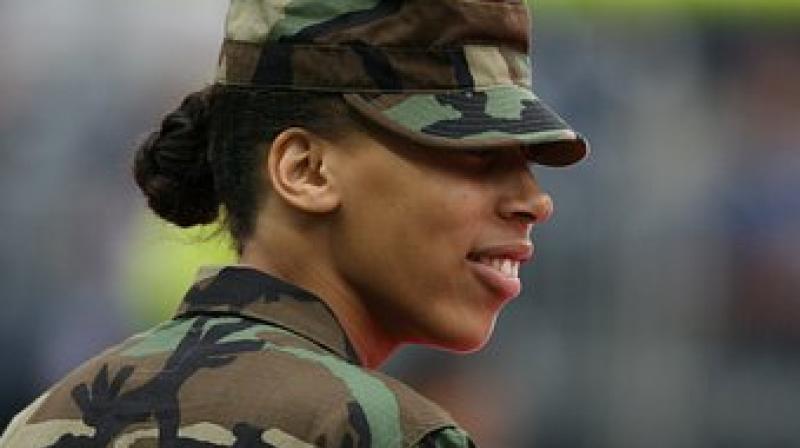 The rate of preterm births was twice as high in the small group of soldiers who had recently returned from deployment when they delivered. (Photo: Pixabay)

Military women who give birth within six months of returning from deployment are twice as likely to have premature babies compared to other soldiers, a US study suggests.

“Active duty soldiers, including those in this study, tend to be a group of younger, fit, adults - a population that is generally free of the health issues and chronic diseases that might lead to complicated pregnancies and premature onset of labour,” said lead study author Dr. Jonathan Shaw of Stanford University School of Medicine in California.

“It is therefore striking that the rate of preterm births was twice as high in the small group of soldiers who had only recently returned from deployment when they delivered,” Shaw said by email.

Pregnancy normally lasts about 40 weeks, and babies born after 37 weeks are considered full term. Approximately one in 10 babies born in the US are premature, according to the US Centers for Disease Control and Prevention.

In the weeks immediately after birth, preemies often have difficulty breathing and digesting food. They can also encounter longer-term challenges such as impaired vision, hearing and cognitive skills, as well as social and behavioural problems.

At a time when more women are serving in the military and combat roles for them are expanding, little research to date has looked at the effects of service on reproductive health, the study authors note in the American Journal of Epidemiology.

While the current study didn’t examine what caused the preterm births, it’s possible that stressors such as inadequate or disrupted sleep, psychological stress, trauma or grief during pregnancy might play a role, Shaw said.

“One can reasonably imagine several such stressors may be at play when service women transition geographically, physically and emotionally from deployed life back to the US,” Shaw said.

Deployment on its own didn’t appear to make a big difference in the chances of a preterm delivery when women delivered more than six months after they returned, the study found.

But compared to women who never deployed, mothers who did and who also had babies within six months of returning were 64 percent more likely to have preemies and the risk rose with multiple deployments.

One limitation of the study is that researchers lacked medical records for the babies and lacked information on how many weeks premature the infants were and what medical issues might have contributed to their early birth, the authors note.

Even so, the results highlight the importance of reproductive healthcare access for military women, said Dr. Daniel Grossman, a researcher at the University of California, San Francisco who wasn’t involved in the study.

“The study findings add yet another reason why it is critical that service women be given reproductive health counseling and access to the full range of contraceptive options to help them prevent unplanned pregnancies,” Grossman said by email.

Women can’t deploy if they know they’re pregnant or stay in the theater of operation when they become pregnant, and some women may choose to hide their condition to avoid being reassigned, noted Karen Weis, a retired US Air Force colonel and researcher at the University of the Incarnate Word in San Antonio, Texas.

It’s likely that many women on active duty didn’t immediately realize they were pregnant or receive adequate prenatal care early in their pregnancies, Weis, who wasn’t involved in the study, said by email. Younger women in the military, like other young women, are also less likely to use contraceptives consistently or effectively, increasing their risk of unplanned pregnancies.

“In other words, the issues go far beyond deployment,” Weis said by email. “The military is made up of young individuals that come from the larger US population, and the issues impacting the US as a whole affect the military.”