This 10-minute treatment provides relief from back pain

A compressed and herniated disk, in which the rubbery cushion between vertebrae impinges on and irritates nearby nerves. 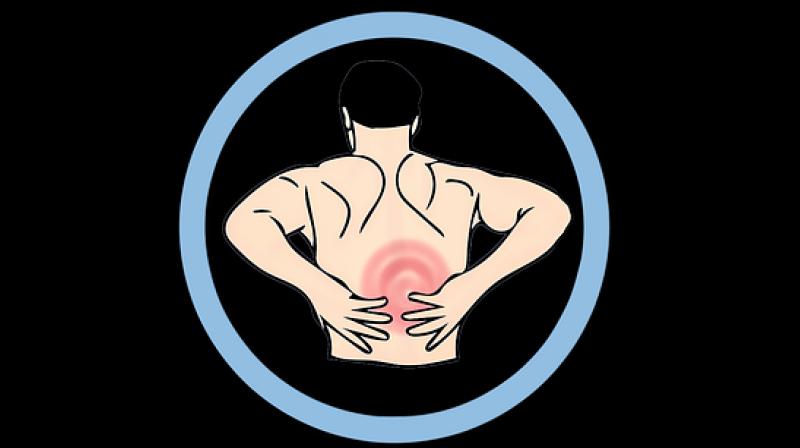 Low back pain is an extremely common problem that affects at least 80 per cent of the population at some point in their lifetime. (Photo: Pixabay)

Researchers found that the majority of patients were pain free after receiving the new image-guided pulsed radiofrequency treatment for low back pain and sciatica for just 10 minutes.

Low back pain is an extremely common problem that affects at least 80 per cent of the population at some point in their lifetime.

A compressed and herniated disk, in which the rubbery cushion between vertebrae impinges on and irritates nearby nerves, is a major cause of low back pain that can radiate to the legs.

"The nerve root is a sensitive structure that when pinched becomes inflamed and causes pain," said Alessandro Napoli, from the Sapienza University of Rome in Italy.

The study included 80 patients experiencing at least three months of low back pain due to a herniated disk that had not responded to conservative treatments including exercise and medication.

The patients underwent a minimally invasive interventional radiology procedure in which, with the help of CT imaging, a needle is guided to the location of the bulging disc and nerve root.

A probe is then inserted through the needle tip and delivers pulsed radiofrequency energy to the area over a 10- minute period.

Even without touching the disc, the pulsation serves to resolve the herniation.

Of the 80 patients treated, 81 per cent were pain free one year after a single 10-minute treatment session, according to the study presented at the annual meeting of the Radiological Society of North America (RSNA) in the US.

"Following this treatment, inflammation and pain go away. With relaxation of the muscles, the distance between the vertebrae returns," Napoli said.