Worldwide, head and neck squamous cell carcinoma is the seventh most common type of cancer. 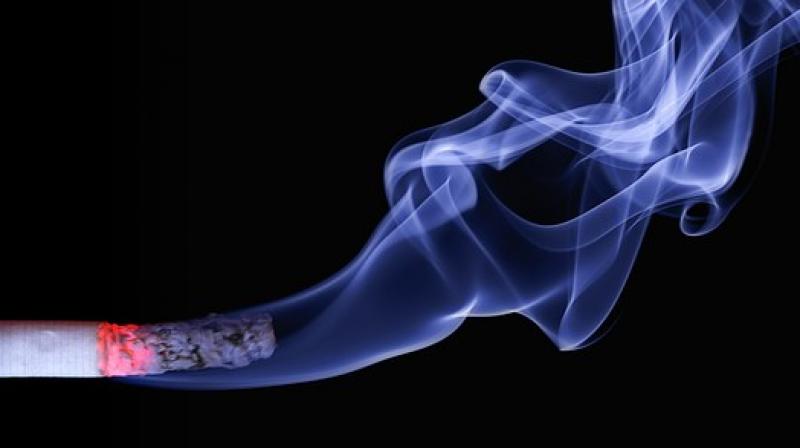 Head and neck cancer patients who smoke and also drink may be creating more problems for themselves than they realize. (Photo: Pixabay)

People with head and neck cancers who smoke and drink are much more likely to die with these tumors than nonsmokers and teetotalers, a recent study suggests.

Researchers studied 463 patients with head and neck squamous cell carcinoma, a common type of cancer that develops in the outer layer of the skin. It is often slow growing and treatable with medication or minor surgery, but some types can be aggressive and deadly.

Roughly half of the patients were monitored for at least seven years. Over the course of the study, 254 people, or 55 percent, died. People who smoked at diagnosis were twice as likely to die as nonsmokers, and people who reported any alcohol use were 68 percent more likely to die, the study found.

“Head and neck cancer patients who smoke and also drink may be creating more problems for themselves than they realize,” lead study author Dr. Nosayaba Osazuwa-Peters of Saint Louis University School of Medicine Osazuwa-Peters said by email.

Worldwide, head and neck squamous cell carcinoma is the seventh most common type of cancer, according to the National Institutes of Health. Each year, 600,000 new cases are diagnosed globally, including about 50,000 in the United States.

These tumors are more common in men and people in their 50s and 60s, but a growing number of cases are being diagnosed in younger patients.

Even though smoking has long been linked to worse survival odds with head and neck squamous cell carcinoma survival, the current study offers fresh evidence of the connection and also suggests one possible explanation: smokers are less likely to be married than nonsmokers.

Unmarried people were 87 percent more likely to die with these tumors than married people, researchers report in JAMA Otolaryngology.

Study participants were diagnosed and treated between 1997 and 2012. Overall, 56 percent were smokers at diagnosis and half of them were married.

The study wasn’t designed to prove whether or how lifestyle decisions like smoking, drinking or getting married might influence the odds of getting squamous cell carcinoma or dying from these tumors.

Researchers also lacked data on how changes in marital status might have influenced shifts in smoking or drinking status. In addition, they weren’t able to distinguish nonsmokers who recently quit from people who never used cigarettes.

Quitting at any time can improve how people respond to cancer treatment and improve their survival odds, said Dr. Karl Kelsey, director of the Center for Environmental Health and Technology at Brown University in Providence, Rhode Island.

“A patient’s response to this cancer and healing from the very invasive treatment of the disease will be greatly diminished in a patient already compromised by dealing with the untoward effects of smoking,” Kelsey, who wasn’t involved in the study, said by email. “Quitting smoking at any time reduces your risk of poor outcomes.”

With this particular type of cancer, however, a large and growing proportion of cases are caused by the sexually transmitted disease human papilloma virus (HPV), Kelsey noted.

The connection between marriage and cancer risk in the study might be connected to HPV infections, Kelsey said. Marriage is also connected to a variety of other factors that contribute to the risk of developing or dying from cancer such as education, employment, and insurance status.

“Marriage may affect the biology of an individual in ways that we have trouble measuring,” Kelsey said. “Married people may be systematically happier, have more social support, better immune systems, etc.”