Researchers say therapy aimed at prevention or improvement of pain sensitisation may be a novel approach to preventing persistent knee pain. 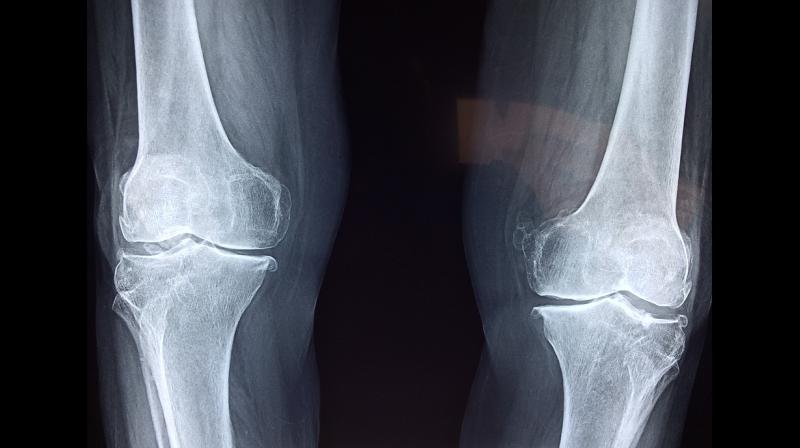 Washington: According to a new study becoming more sensitive to pain, or pain sensitization, is an important risk factor for developing persistent knee pain in osteoarthritis.

The researchers at the University of Montreal and its affiliated Maisonneuve Rosemont Hospital Research Centre (CRHMR), in collaboration with researchers at Boston University, performed the research. Their findings were published in the Journal of Arthritis and Rheumatology.

Osteoarthritis (OA) is a common cause of pain and altered joint function, affecting 302 million adults worldwide. It can lead to chronic disability, frequently in the knee joint. Past research suggests that a number of factors outside of structural pathology may contribute to pain in patients with OA.

“Understanding the factors that contribute to the development of persistent pain is critical to improving our ability to prevent its onset and the transition to more persistent pain,” said lead author Lisa Carlesso.

She and her team analysed data from a multicentre OA study that followed 852 adults (ages 50-79) with or at risk of knee OA but who were free of persistent knee pain at the beginning of the study.

Sociodemographic data, pain sensitization measurements, as well as risk factors traditionally associated with knee pain such as psychological factors, widespread pain, and poor sleep, were collected on the participants, who then were followed for development of persistent knee pain over two years.

They found these PSPs were primarily characterized by varying degrees of pain sensitization. The PSP with the highest degree of sensitization had the highest risk of developing persistent knee pain.

Female gender, non-Caucasian race and age 65+ were significant sociodemographic predictors of being a member of the PSP with the highest degree of sensitization.

The researchers believed that identifying these PSPs was an important step in understanding the complex pathology of knee osteoarthritis.

“Our findings suggest that therapy aimed at prevention or improvement of pain sensitization may be a novel approach to preventing persistent knee pain. Preventing pain is crucial to improving quality of life and function in patients who suffer from OA,” said co-author Tuhina Neogi.