Cycling to work as effective for weight loss as hitting gym

Results show that it is possible to combine transport to and from work with effective physical exercise. 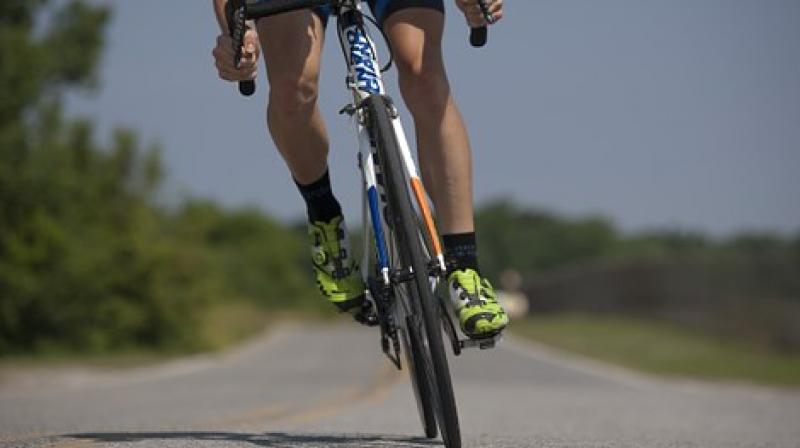 The groups that cycled and were physically active during their leisure time burned the same amount of calories a week. (Photo: Pixabay)

Riding the bike to work may be just as effective for losing weight as exercising at the gym five days a week, a study has found.

"This is good news to the many overweight people who may not have the time or inclination to join a fitness centre, because they also have to pick up their children and cook dinner after work," said Bente Stallknecht, Professor at the University of Copenhagen in Denmark.

"Our results show that it is possible to combine transport to and from work with effective physical exercise," said Stallknecht.

The study, published in the International Journal of Obesity, involved 130 overweight people with a body mass index (BMI) of 25-35 kilogrammes per square metre (kg/m2).

A criterion for participating in the study was they were not too active or muscular based on a series of parameters like body fat percentage, maximum oxygen uptake and level of physical activity.

The participants were divided into four groups of which one had to ride the bike to and from work.

Two other groups had to do physical exercise five times a week, one at high intensity, the other at moderate intensity. The last group could make no changes and thus functioned as the control group.

The groups that cycled and were physically active during their leisure time burned the same amount of calories a week during these activities; only the intensity and form of physical exercise varied.

After six months all groups, except for the control group, had less fat mass.

"And riding the bike to and from work is at least as effective a means for reducing fat mass as exercising during your leisure time," said Quist.