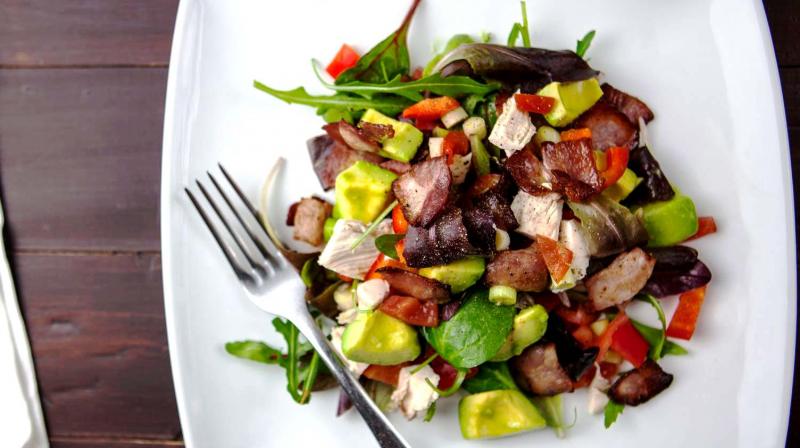 Washington: While fibre-rich diets are an effective means of cancer prevention, their possible roles in cancer progression and treatment remains poorly understood. According to recent findings, the right combination of diet and bacteria limits cancer progression.

The diet of a person can have significant effects on the gut microbiome, i.e. the populations of microorganisms such as bacteria which live in the human gut. It is well recognised that dietary habits through complex metabolic interactions contribute to cancer prevention. More specifically, diets rich in fibre reduce the risk of developing specific cancers such as colorectal cancer.

The team of researchers found that a combination of prebiotics, such as dietary fibre, and probiotics, i.e. specific beneficial bacteria, reduces the expression of pro-carcinogenic and drug resistance genes. The combination leads to metabolic changes that affect the growth of cancer cells and may help treat diseases such as CRC.

In order to study diet-microbiome-host interactions, the biologists worked with HuMiX ("Human-Microbial X (cross)-talk") a unique in vitro model of the gut ("gut-on-a-chip") which allows the cultivation of human intestinal cells together with bacteria under representative conditions.

As part of the study, published in the Journal of Cell Reports, they investigated the effects of dietary regimens and a specific probiotic on CRC cells. In contrast to individual fibre-rich or probiotic treatments, it was only the combination of fibre and probiotics that led to the observed beneficial effects.

Together with their collaborators, the researchers integrated a computer-based metabolic model of the interactions between diet, host, and microbiome. They identified the effects of the combined treatment: the down regulation of genes associated with colorectal cancer and drug resistance as well as the attenuation of self-renewal capacity of the cancer cells.

Importantly, through careful molecular analyses, they also identified the cocktail of molecules produced by the combination, thereby providing a mechanistic basis for the observed beneficial effects.

"Currently, cancer patients are not provided with evidence-based personalised dietary interventions during chemotherapy treatment. Our results provide support for exploiting the food-microbiome interactions as a supportive therapeutic approach in anti-cancer therapy,” said Kacy Greenhalgh lead author of the study.

"I hope that our results will reach patients and medical practitioners in their respective fields and that in the future more effort is put in including personalised dietary recommendations into cancer treatment plans,” Greenhalgh asserted.

According to the researcher, this is especially the case in CRC, where the microbiome has increasingly gained importance over the last couple of years. A deeper understanding of the microbiome-host interaction could lead to new therapeutic strategies for CRC patients.