Here is what new research found. 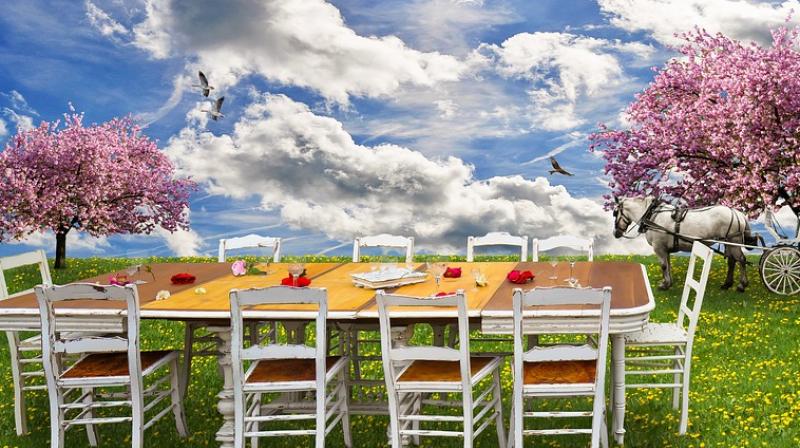 Washington: Turns out, social stigma comes in the way of families to ask for outside help for food security - meaning possessing enough money to provide food for family.

According to a Drexel University- study, screening for food insecurity at the pediatrician's office can be quite effective, but fear of Child Protective Services and a complicated referral process could be barriers to food insecure families getting the help they need. A two-question food insecurity screening was added to the visits of more than 7,000 families at the Children's Hospital of Philadelphia (CHOP) over a two-year period to find out how useful it was.

The evaluation of the effort - run by the Center for Hunger-Free Communities of Drexel University's Dornsife School of Public Health in collaboration with CHOP and Benefits Data Trust - sought to determine what barriers there might be to implementing such screening and how it could be made most successful. "The screening itself worked very well: Providers could incorporate it into their workflow, and many parents and caregivers responded," said Molly Knowles, who served as the lead author of the study.

More than 1,000 families - roughly 15 percent - of the families involved reported food insecurity (meaning that they did not have enough money for consistent access to food). Of that group, more than half were referred to Benefits Data Trust for further services and resources. But the challenge came after these initial interactions. It was then that connections were dropped. "Because of patient privacy and confidentiality protections, there were several steps in between being able to identify a food insecure family and connecting them with resources," Knowles explained. "That meant that parents - more than 60 percent - weren't able to connect with the referral agency."

Red tape wasn't the only major barrier discovered by the study. Parents were also initially reluctant to say that they were struggling to feed their families, for fear that they'd be reported as unfit caregivers. "Parents know that healthcare providers are mandatory reporters of child abuse and neglect, and although food insecurity is not a form of neglect, many parents described feelings of shame and fear of Child Protective Services involvement," Knowles explained.

The study showed that medical professionals were eager to implement the hunger screening and parents reported interest in being asked about food needs: everything just came down to better communication. With that, any unfounded fears from parents might be alleviated, and other obstacles could be solved by health providers from the outset.

Something that the researchers didn't expect to find was that of those who reported being food insecure and referred for help, 79 percent already participated in the Supplemental Nutrition Assistance Program (SNAP, also known as food stamps). "Parents recommended connecting families with immediate resources - not only food resources, but other resources that could free up household budgets for food - to supplement any public benefits they may already receive," Knowles said.

So that fewer families are lost between their screening and being referred to an assisting agency, Knowles recommended getting families' consent to share contact info right away at the first screening. Although this study only took place at CHOP in Philadelphia, its results fall in line with others. The interest is certainly there for screening.

The research is published in the Journal of Health Care for the Poor and Underserved.