The two main symptoms of IPF are breathlessness and chronic cough. 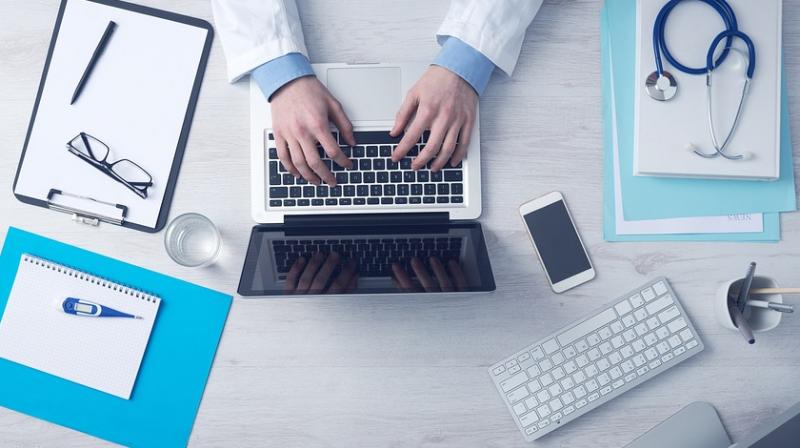 New Delh: Idiopathic pulmonary fibrosis (IPF) is a type of lung disease that results in the scarring, or fibrosis, of the lungs for an unknown reason. Over time, the scarring progresses and compromises the elasticity of lungs.

The cause of idiopathic pulmonary fibrosis is not completely understood. "Idiopathic" means of unknown cause. Common risk factors for IPF include:

•Genetics (family history): Up to 20% of people with IPF have another family member with an interstitial lung disease. If more than one member of your family has IPF, the disease is called familial pulmonary fibrosis.

•Cigarette smoking: Approximately 75% of people with IPF are current or previous cigarette smokers.

•Male sex: Approximately 75% of patients with IPF are male.

"The two main symptoms of IPF are breathlessness and chronic cough. About 85% of people with IPF have a chronic cough that has lasts longer than 8 weeks. This is often a dry cough, but some people may also cough up scanty sputum. The breathlessness of IPF initially appears during exercise or physical exertion. Breathlessness can affect day-to-day activities such as, climbing stairs, getting dressed and eating. As scarring in the lungs gets worse, the breathlessness may worsen, hampering the performance of all activities," said Dr Sandeepa H S, Consultant Pulmonologist, BGS Gleneagles Global Hospitals.

In addition to these symptoms, patients may also experience symptoms such as chest pain or tightness, unexplained weight loss, loss of appetite, tiredness and loss of energy, and change of finger shape, known as "clubbing".

There is no cure for IPF and there are currently no procedures or medications that can remove the scarring from the lungs. Treatments are used to slow progression of the lung scarring, and may not necessarily lessen the symptoms of cough and breathlessness. Pirfenidone and nintedanib are novel drugs which have shown to slow the progression of IPF.

Some additional medications can be used to improve the symptoms of IPF, such as shortness of breath and cough. This includes treatment of gastroesophageal reflux with anti-acid therapy and treatment of shortness of breath with opioids (a class of medications that includes morphine). Other treatments include supplemental oxygen, pulmonary rehabilitation (exercise training, education and support for people with chronic lung disease), and lung transplantation.

Most of the effects of IPF are due to decreased oxygen levels in the blood. Therefore long term oxygen supplementation is recommended for almost all patients with IPF once they have drop in blood oxygen levels. It is usually delivered through an oxygen concentrator for atleast 16 to 18 hours per day. The oxygen requirement may go up as the disease advances.

Pulmonary rehabilitation is an exercise and educational program designed just for patients with lung disease. Pulmonary rehabilitation can help in teaching patients with IPF how to breathe more efficiently and to perform their activities of daily living with less breathlessness. This is the cornerstone of treatment for all end stage lung diseases and this has shown to improve the quality of life of people suffering from IPF.

The results of lung transplantation worldwide have been encouraging and recently few centers in India are performing the procedure. The post operative outcomes show that one in three persons will survive for 10 years and one in two will live for five years post transplantation.