Experts believe glitter can be harmful for both skin and the environment. 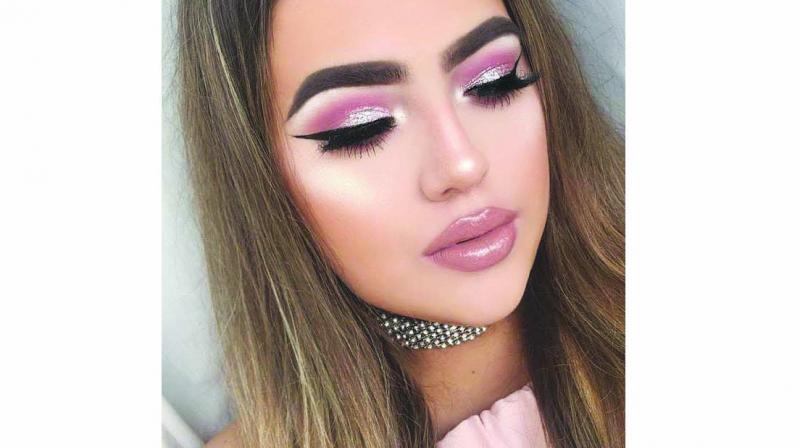 Glitter is made from tiny pieces of plastic and the toxic microbeads that have been banned from cosmetics.

Glitters are the new fashion trend in town. And while it might not be the most sophisticated of crazes, what goes against it is the fact that it may be polluting the environment, harming the eyes, skin and causing problems around the world.

Here are why glitter is so bad.

It cannot be recycled: Glitter is made from tiny pieces of plastic and the toxic microbeads that have been banned from cosmetics. It consists of a layer of plastic, a thin coloured layer and a reflective layer made of aluminium. These are bonded into a thin sheet, then cut into tiny shapes.

These pieces can’t be recycled because it’s difficult to break them down into component parts. They’re also so small that they clog machinery, meaning if you try to recycle paper with glitter on it, the whole lot might have to be chucked — truckloads of recycling were thrown out in the UK over Christmas.

Speaking to Daily Mail, Dr Trisia Farrelly, an environmentalist from New Zealand’s Massey University, said that glitter should be banned producers should not get away with making a profit out of the production of disposable, single-use plastics, while bearing little responsibility for the damage.’

Plastic pollution: Glitter particles either end up in landfill or washed down drains. If that happens, glitter is small enough to be washed into rivers and seas. There, the particles can absorb chemicals and pollutants, making them ever more toxic. And every tiny sparkly bit will take thousands of years to break down.

Airborne menace: Food isn’t the only way glitter could get in the body system. Frank Kelly, a professor of environmental health at King’s College London, fears we are inhaling microparticles including glitter.

This could be just as damaging as inhaling car fumes, he says.

Damage eyesight: The tiny glitter flecks can have incredibly sharp edges. The British Medical Journal has urged doctors to look out for patients complaining of swollen eyes and vision loss after a 49-year-old woman was almost blinded by glitter.

Mining scandal: Mica is a sparkly mineral that has been mined for more than 700 years and crops up in everything from eyeshadow to paint. But there have been reports that the shimmer in mica comes at a heavy price for workers. Studies found children were exploited to mine it in India. Although companies are trying to enforce minimum standards, an estimated 20,000 children are believed to be in illegal mines.