Malaria spreading faster than can be controlled, scientists say 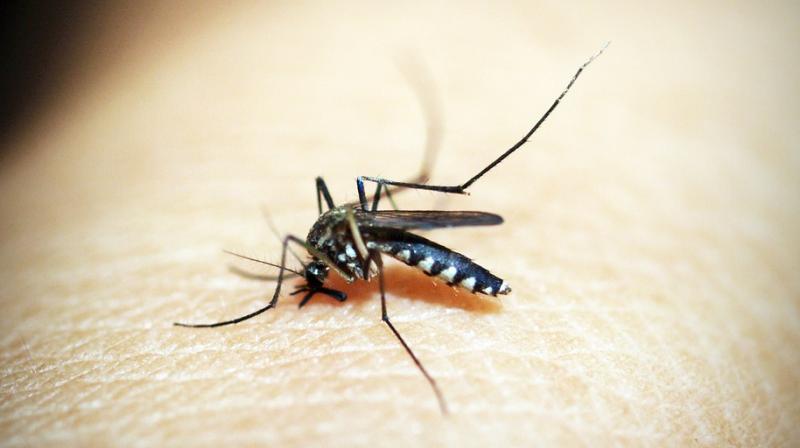 Scientists say that if the cure is not found soon, the disease might just become incurable. (Photo: Pixabay)

Multidrug-resistant malaria superbugs have taken hold in parts of Thailand, Laos and Cambodia, threatening to undermine progress against the disease, scientists said.

The superbugs - malaria parasites that can beat off the best current treatments, artemisinin and piperaquine - have spread throughout Cambodia, with even fitter multidrug resistant parasites spreading in southern Laos and northeastern Thailand."We are losing a dangerous race to eliminate artemisinin resistant...malaria before widespread resistance to the partner antimalarials makes that impossible," said Nicholas White, a professor at Oxford University in Britain and Mahidol University in Thailand who co-led the research.

"The consequences of resistance spreading further into India and Africa could be grave if drug resistance is not tackled from a global public health emergency perspective."More than half the world's people are at risk of malaria infection. Most victims are children under five living in the poorest parts of sub-Saharan Africa.

Recent progress against the mosquito-borne disease has been dramatic and numbers falling ill have been significantly reduced, but it still kills more than 420,000 people each year, the World Health Organization says.Malaria specialists worldwide say emerging drug resistance in Asia is now one of the most serious threats to that progress.

From the late 1950s to the 1970s, chloroquine-resistant malaria parasites spread across Asia and then into Africa, leading to a resurgence of malaria cases and millions of deaths.Chloroquine was replaced by sulphadoxine-pyrimethamine (SP), but resistance to SP subsequently emerged in western Cambodia and again spread to Africa.

The fear now is that the same pattern of resistance spread and the resurgence will repeat itself."We now see this very successful resistant parasite lineage emerging, outcompeting its peers, and spreading over a wide area," said Arjen Dondorp, of the Mahidol Oxford Tropical Medicine Research Unit in Thailand, who co-led the work. Efforts to control malaria in Asia must be stepped up urgently "before it becomes close to untreatable".

In their study in the Lancet Infectious Diseases journal, the scientists said that after examining blood samples from malaria patients in Cambodia, Laos, Thailand and Myanmar, they found that a single mutant parasite lineage, known as PfKelch13 C580Y, has spread across three countries, replacing parasites containing other, less artemisinin-resistant mutations.

They explained that while the C580Y mutation does not necessarily make the parasite more drug-resistant, it does have other qualities that make it more risky - notably it appears to be fitter, more transmissible and able to spreading more widely.