The list of "intangible" cultural treasures was created 10 years ago, mainly to increase awareness about them. 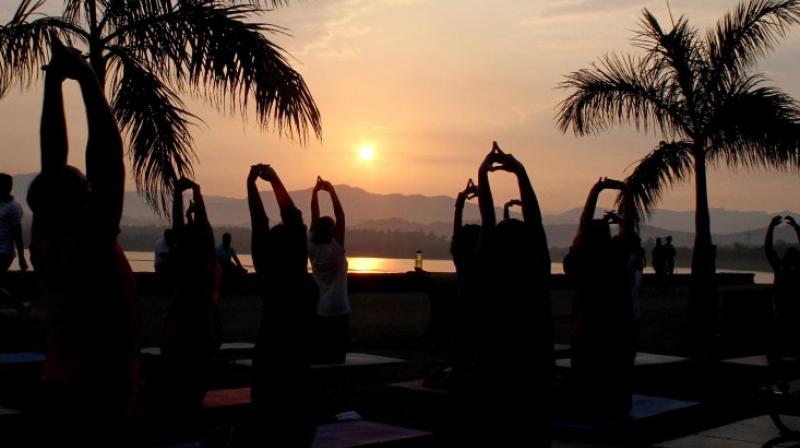 "Designed to help individuals build self-realisation, ease any suffering they may be experiencing (Photo: AFP)

The discipline was added to the prestigious list in recognition of its influence on Indian society, "from health and medicine to education and the arts", the World Heritage Committee said in a statement.

"Designed to help individuals build self-realisation, ease any suffering they may be experiencing and allow for a state of liberation, (yoga) is practised by the young and old without discriminating against gender, class or religion," UNESCO added in a tweet.

The list of "intangible" cultural treasures was created 10 years ago, mainly to increase awareness about them, while UNESCO also sometimes offers financial or technical support to countries struggling to protect them.

On Tuesday, the UN body designated Ugandan traditional music, which is dying out partly because it requires materials from endangered species, as intangible heritage "in urgent need of safeguarding".

UNESCO began compiling a list for cultural and natural world heritage -- physical properties such as Cambodia's Angkor Wat or the Grand Canyon in the United States -- in 1972.

The list now comprises 814 cultural sites, 203 natural ones and 35 with both natural and cultural qualities such as Australia's Uluru National Park, formerly known as Ayer's Rock.

The committee winds up its review of nominations to the list of Representative Intangible Cultural Heritage of Humanity on Friday.