Why are people attracted to endurance running? 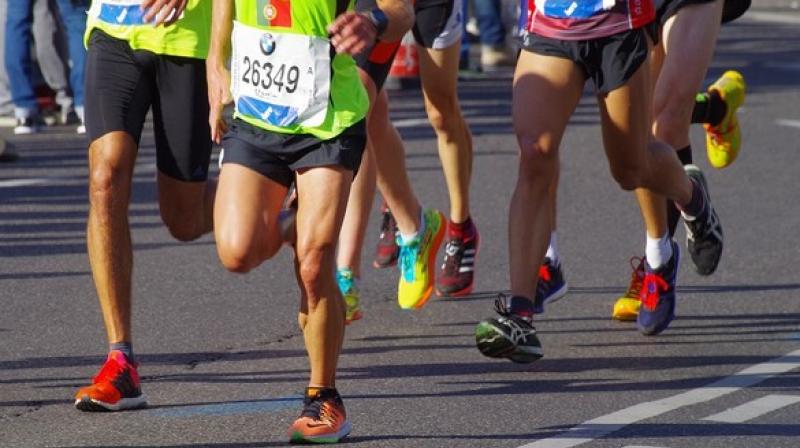 The runners are motivated by a feeling of total freedom, a place where they can fully immerse themselves. (Photo: ANI)

Washington: The concept of endurance running or long-distance running has no doubt picked up pace over time but why has it happened? Here's the answer. Endurance running is often seen as a welcome escape from everyday life but these extraordinary experiences, such as running ultra-marathons, are not untouched by the competitive nature of contemporary consumer culture.

The at-times romanticised notion of experiencing complete freedom through running co-exists with underlying motivating factors such as improving your personal brand and social image, a new thesis from Lund University, Sweden showed. The number of endurance running events, such as Ironman or Tough Mudder, is increasing around the world. But why has the trend increased?

"Most runners say that they run because it is a way to get away from the demands and stresses of their regular life. But my research shows that this is only one side of the story; there are also a lot of demands in ordinary life that are actually reproduced in endurance running," explained Carys Egan-Wyer, a doctoral student in consumer culture theory.

"For example, the pressure to be productive, efficient and to measure your achievements are recurring themes", Egan-Wyer added. For this, the doctoral student interviewed 16 endurance runners and analysed 21 diaries - totalling almost 1,000 pages - throughout the course of her dissertation.

For the purposes of the study, she defined endurance runners as triathletes, ultra-distance runners (people who run distances longer than a marathon) and obstacle adventure race runners. She identified three motivating factors that the runners themselves used when they spoke about their running: freedom, achievement and competition.

"The runners are motivated by a feeling of total freedom, a place where they can fully immerse themselves. At the same time, they are very focused on measuring and quantifying what they do. They use their endurance running achievements in other areas of life. For example, on CVs, to demonstrate what good employees they would be," she said.

"They Runners view their peers as a community, but there is also an element of competition. So there are some inherent contradictions", added Egan-Wyer. In many ways, the runners are boosting their personal brands and competing with others in terms of their social image. The group of people who compete in these types of events is still a niche community, and so the results cannot necessarily be generalized, according to Carys Egan-Wyer.

"In endurance running, one understands them to be free from the stress of everyday life, but in fact our bodies and brains might understand this as work. We need to understand if this is contributing to stress, burn out and anxiety", concluded Egan-Wyer.