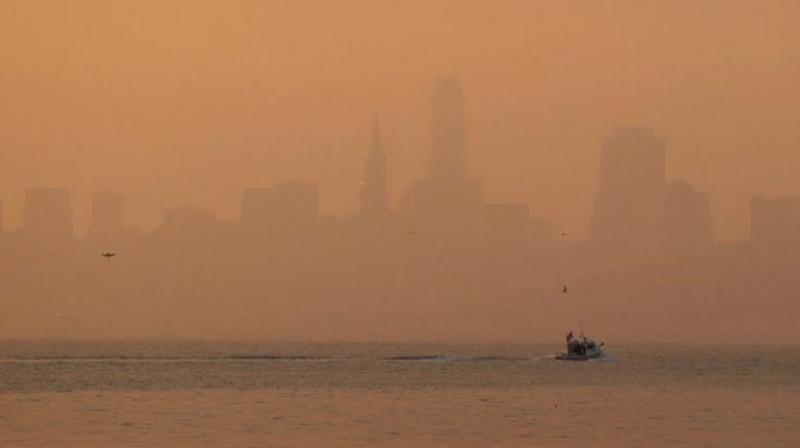 Washington: Turns out, air pollution is associated with cancer mortality beyond lung cancer.

In a new large-scale prospective study led by the Barcelona Institute of Global Health (ISGlobal), an institution supported by the "la Caixa" Foundation, and the American Cancer Society, researchers observed an association between some air pollutants and mortality from kidney, bladder and colorectal cancer.

The study included more than 600,000 adults in the U.S. who participated in the Cancer Prevention Study II and who were followed for 22 years (from 1982 to 2004). The scientific team examined associations of mortality from cancer at 29 sites with long-term residential exposure to three ambient pollutants: PM2.5, nitrogen dioxide (NO2) and ozone (O3).

Over 43,000 non-lung cancer deaths were registered among the participants. PM2,5was associated with mortality from kidney and bladder cancer, with a 14 and 13% increase, respectively, for each 4.4 µg/m3 increase in exposure. In turn, exposure to NO2 was associated with colorectal cancer death, with a 6% increase per each 6.5 ppb increment. No significant associations were observed with cancer at other sites.

First author Michelle Turner explained that although a number of studies associate lung cancer with air pollution, there is still little evidence for associations at other cancer sites. "This research suggests that air pollution was not associated with death from most non lung cancers, but the associations with kidney, bladder and colorectal cancer deserve further investigation," she added.

The study is published in the journal Environmental Health Perspectives.