Eating fish during pregnancy may cut risk of asthma in babies

Researchers made their conclusion after examining two studies. 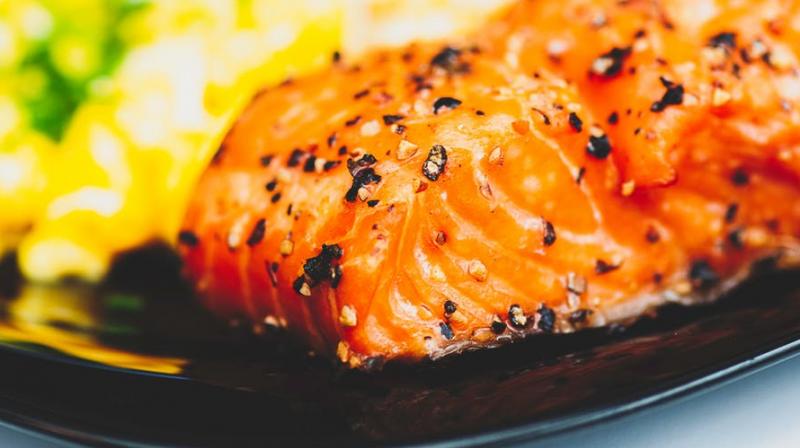 Washington: Pregnant women who consume two to three servings of fish a week are as likely to protect their newborns from developing asthma, finds a recent study.

Researchers at the University of South Florida in Tampa, Florida, found that children whose mothers consume high-doses of Omega-3 fatty acids daily during the third trimester are less likely to develop such breathing problems. However, co-authors Richard Lockey and Chen Hsing Lin suggest pregnant women receive the same benefit following the Food and Drug Administration and Environmental Protection Agency's recommendation to consume 8-12 ounces (2-3 servings) of low mercury fish a week.

The team examined two studies. The New England Journal of Medicine study included 346 pregnant women in their 3d trimester who took omega-3 fatty acids daily and 349 who took a placebo. The investigators also divided the trial population into three groups based on their blood levels of omega-3 fatty acids.

The population with the lowest blood levels benefited the most from fish oil supplementation. The Journal of Allergy and Clinical Immunology randomised pregnant women in their 3rd trimester into fish oil, placebo and "no oil" groups.

The fish oil group took omega-3 fatty acids daily as did the placebo (olive oil) group. The "no oil" group was informed of the trial proposal and therefore could consume fish oil or fish during the 3rd trimester if they chose to do so. The findings indicated that the fish oil and the "no oil" groups took less asthma medication as they aged to 24 years old, inferring both groups developed less asthma.

"Omega-3 fatty acids cannot be synthesized by humans and therefore are essential nutrients which are derived exclusively from marine sources," said Lin. "It may be premature to recommend daily high dose fish oil supplementation during the 3rd trimester," Lin added. "With almost equal to slightly higher cost, consuming 8-12 ounces (2-3 servings) of fish a week not only may attain the same asthma protection, but strengthens the nutritional benefits to infant growth and development," said Lockey.

The research appears in Journal of Allergy and Clinical Immunology.