Here's what scientists have found. 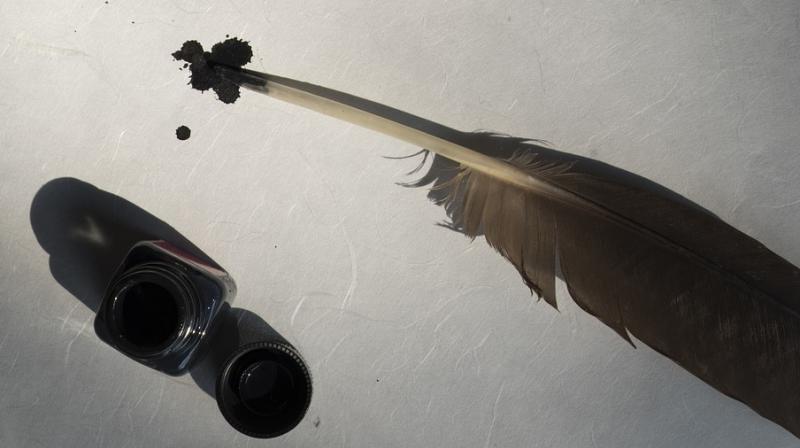 Beijing: A plant-based ink, that has been used by Chinese calligraphers for hundreds of years, could non-invasively kill cancer cells, scientists claim.

As cancer cells leave a tumour, they frequently make their way to lymph nodes, which are part of the immune system. In this case, the main treatment option is surgery, but this can result in complications.

Photothermal therapy (PTT) is an emerging non-invasive treatment option in which nanomaterials are injected and accumulate in cancer cells.

A laser heats up the nanomaterials, and this heat kills the cells. Many of these nanomaterials are expensive, difficult-to- make and toxic.

However, a traditional Chinese ink called Hu-Kaiwen (Hu-ink) has similar properties to the nanomaterials used in PTT. For example, they are the same colour, and are both carbon-based and stable in water.

The researchers including those from Fudan University and Shanghai Jiao Tong University in China analysed Hu-ink and found that it consists of nanoparticles and thin layers of carbon. When Hu-ink was heated with a laser, its temperature rose by 55 degrees Celsius, much higher than current nanomaterials.

Under PPT conditions, the Hu-ink killed cancer cells in a laboratory dish, but under normal conditions, the ink was non-toxic. This was also the scenario observed in mice with tumours. The researchers also noted that Hu-ink could act as a probe to locate tumours and metastases because it absorbs near-infrared light, which goes through skin.