Researchers found men whose jobs involve lot of physical labour are 18 pc more likely to die prematurely than workers who sit at desks. 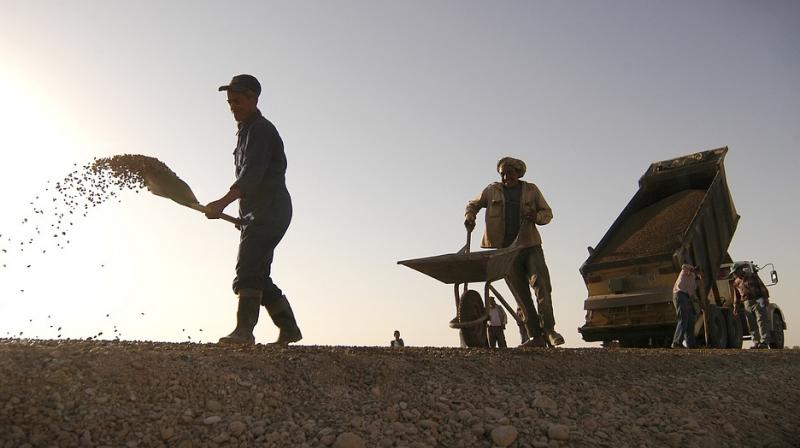 People with physically demanding jobs should exercise outside the workplace to improve their cardiorespiratory fitness and muscular strength. (Photo: Pixabay)

Despite much evidence that getting lots of physical activity bodes well for long-term health, when its physical labour on the job, the opposite might be true.

Researchers found that men whose jobs involve a lot of physical labour are 18 per cent more likely to die prematurely than workers who sit at desks most of the day.

The analysis looked at data from 17 previous studies examining the link between longevity and activity levels at work, including a total of 193,696 adults followed for an average of almost 20 years. Overall, 29,639 people, or 19 per cent, died during the study period.

“We’ve known for a while already that physically demanding work can be bad for you,” said lead study author Pieter Coenen, an occupational health researcher at VU University Medical Center in Amsterdam.

But the idea that it might drive people to an early grave is relatively new, Coenen said.

While the study wasn’t a controlled experiment designed to prove how activity levels at work might directly affect longevity, the results suggest there’s something inherently different about manual labour and leisure-time exercise, Coenen added.

During leisure time, for example, people might jog for a half hour or so, enough time to increase their heart rate and build stronger bones and muscles.

But in some jobs, physical activity can be nonstop for eight hours straight with few breaks, and this can take a toll on health over time, leading to chronic issues like back pain and straining the cardiovascular system, Coenen said.

“We think that physical activity at work and during leisure time are two really different kind of exercises with different physiological responses and health outcomes as a result,” Coenen said. “On top of that, we know that people who are physically active at work, typically aren’t so active during leisure time, so these people are exposed to the negative health consequences of occupational physical activity and also benefit only to a limited extent from the positive health effects of leisure-time physical activity.”

But the study found different results for women. Women who did manual labour appeared to live longer than women who didn’t, although the difference was too small to rule out the possibility that it was due to chance.

One limitation of the analysis is that most of the smaller studies relied on participants to accurately recall the amount and intensity of any physical activity on the job, researchers note in the British Journal of Sports Medicine. The study team also lacked data on other forms of exercise like commuting on foot or by bike.

Certain factors that make people more likely to have physically demanding jobs may also make them more apt to die young, said Silvia Stringhini, a researcher at the Institute of Social and Preventive Medicine and Lausanne University Hospital in Switzerland.

“I am not sure the authors were able to completely exclude the effect of low socioeconomic status (and their associated risk factors) of manual workers,” Stringhini, who wasn’t involved in the study, said.

It might sound counterintuitive, but the key to longevity for manual labourers might lie in getting lots of exercise outside of work hours, said Dr. Trine Moholdt, a researcher at the Norwegian University of Science and Technology in Trondheim.

“I think that people with physically demanding jobs should exercise outside the workplace to improve their cardiorespiratory fitness and muscular strength,” Moholdt, who wasn’t involved in the study, said. “This will reduce the relative exertion they experience during working hours.”