Annual festival, on May 1 is marked across the globe with public holidays. 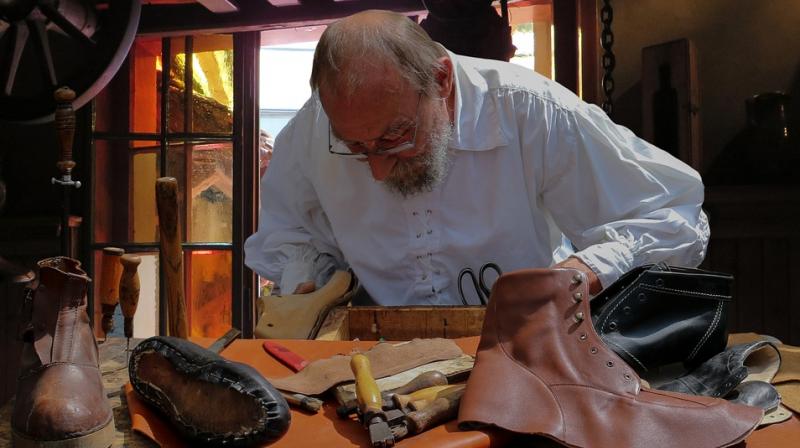 These jobs can be best described as vanishing acts. They have become or are on a path towards becoming obsolete because of technology.

From butchers to bakers and candlestick makers, May Day is a celebration of all things worker-related.

The annual festival, which falls on May 1 and is known in some countries as International Workers Day, is marked across the globe with public holidays and street parties.

However, there are those, for whom, the occasion is a solemn reminder that their jobs may not be around forever as globalization and rapidly developing technology has rendered millions of craftsmen and their trades almost obsolete.

Shoe makers, washer-women, rickshaw pullers and even photographers have all seen their ways of life come under threat in recent years.

Here’s taking a look at the world's vanishing trades.

Watchmaker: An artisan who makes and repairs watches, the influx of digital and factory made watches have made the more or less obsolete. However, originally they were master craftsmen who built watches, including all their parts, by hand.

Washerwoman: Once present throughout the world, the washerwoman or laundress is a woman who takes in laundry. Both terms are now old-fashioned. With the advancement of washing machines and modern means of cleaning clothes, this job is well on its way towards becoming history.

Shoemaking: Originally, shoes were made one at a time by hand. Traditional handicraft shoemaking has now been largely superseded in volume of shoes produced by industrial mass production of footwear, but not necessarily in quality, attention to detail, or craftsmanship.

Photography: Once prevalent across all tourist destinations, modern phones with inbuilt cameras and easy-to-use digital cameras have replaced these people who were once known to capture some of our best moments.

Gas lamp lighter: A lamplighter is a person employed to light and maintain street lights. Very few exist today as most street lighting has long been replaced by electric lamps.

Pulled-rickshaws:A pulled rickshaw (or ricksha) is a mode of human-powered transport by which a runner draws a two-wheeled cart which seats one or two people. In recent times the use of human-powered rickshaws has been discouraged or outlawed in many countries due to concern for the welfare of rickshaw workers and has been replaced mainly by cycle rickshaw and auto rickshaws.

Photographers: Even photographers have struggled against the tide of new technology - those specialising in pre-digital development methods like the analogue camera are fast losing demand.