Complexities of a concussion! 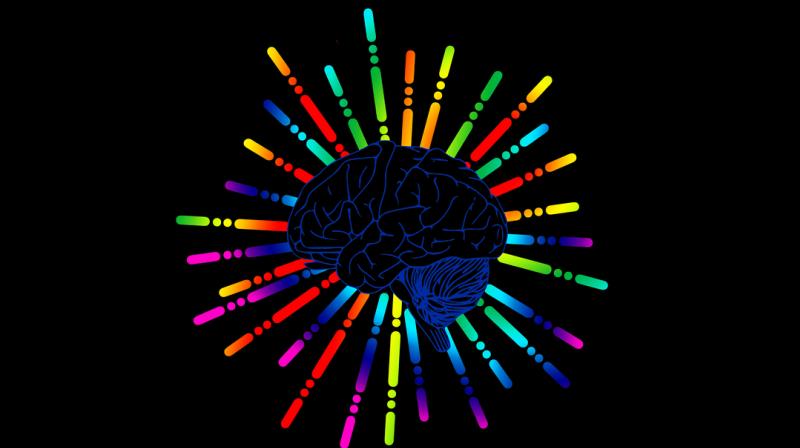 Washington: A team of researchers have probed the nature of concussions, which is anything but simple.

The team from the Stanford University reported that concussion is not as simple as hitting your head hard and getting a concussion - it is far more complex.

Combining data recorded from football players with computer simulations of the brain, a team working with co-lead author David Camarillo found that concussions and other mild traumatic brain injuries seem to arise when an area deep inside the brain shakes more rapidly and intensely than surrounding areas.

But, they also found that the mechanical complexity of the brain means there is no straightforward relationship between different bumps, spins and blows to the head and the likelihood of injury.

"Concussion is a silent epidemic that is affecting millions of people," said researcher Mehmet Kurt.

Kurt and Kaveh Laksari, are co-lead authors on the paper. Yet exactly how concussions come about remains something of a mystery.

"What we were trying to do is understand the biomechanics of the brain during an impact." Armed with that understanding, Kurt said, engineers could better diagnose, treat and hopefully prevent concussion.

In previous studies, Camarillo's lab had outfitted 31 college football players with special mouthguards that recorded how players' heads moved after an impact, including a few cases in which players suffered concussions.

Laksari and Kurt's idea was to use that data, along with similar data from NFL players, as inputs to a computer model of the brain. That way, they could try to infer what happened in the brain that led to a concussion. In particular, they could go beyond relatively simple models that focused on just one or two parameters, such as the maximum head acceleration during an impact.

The key difference between impacts that led to concussions and those that did not, the researchers discovered, had to do with how - and more importantly where - the brain shakes. After an average hit, the researchers' computer model suggests the brain shakes back and forth around 30 times a second in a fairly uniform way; that is, most parts of the brain move in unison.

In injury cases, the brain's motion is more complex. Instead of the brain moving largely in unison, an area deep in the brain called the corpus callosum - which connects the left and right halves of the brain - shakes more rapidly than the surrounding areas, placing significant strain on those tissues.

Concussion simulations that point to the corpus callosum are consistent with empirical observations - patients with concussions do often have damage in the corpus callosum. However, Laksari and Kurt emphasize that their findings are predictions that need to be tested more extensively in the lab, either with animal brains or human brains that have been donated for scientific study.

"Observing this in experiments is going to be very challenging, but that would be an important next step," Laksari said.

Perhaps as important as physical experiments are additional simulations to clarify the relationship between head impacts and the motion of the brain - in particular, what kinds of impacts give rise to the complex motion that appears to be responsible for concussions and other mild traumatic brain injuries. Based on the studies they have done so far, Laksari said, they know only that the relationship is highly complex.

Still, the payoff to uncovering that relationship could be enormous. If scientists better understand how the brain moves after an impact and what movement causes the most damage, Kurt said, "We can design better helmets, we can devise technologies that can do onsite diagnostics, for example in football, and potentially make sideline decisions in real time," all of which could improve outcomes for those who take a nasty hit to the head.

The findings are published in the journal Physical Review Letters.