Students who are more industrious, engaged and better at reading and writing wind up getting most education and highest-paid jobs. 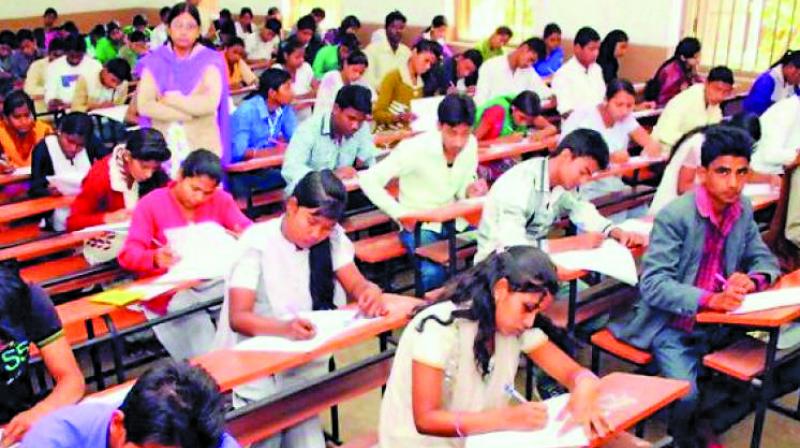 Boys were much more likely to achieve educational and economic success than girls, and affluent students also did better than poor students.

High school students who are responsible and have solid reading and writing skills may be more likely to succeed in college and go on to snag a high-paying, prestigious job than their classmates who slack off, a new study confirms.

It’s not necessarily a surprise that hard work in high school can pay off. But the current study takes this idea a step further, following students for half a century to see if this idea holds up even after controlling for several other factors that can independently impact future success like students’ personality traits and their parents’ income and education levels.

Fifty years after high school, students who were more industrious and engaged and better at reading and writing wound up getting the most education and the best and highest-paid jobs, the study found.

“School matters at so many levels and can lay the foundation for a successful life, but the reasons why are something of a puzzle,” said lead study author Marion Spengler of the University of Tubingen in Germany.

“One piece of the complex puzzle might be the specific behaviours and characteristics that students manifest in school, such as being interested in what the teacher says and doing their homework and school assignments,” Spengler said by email.

The effects were small, however, and the results for a large group of students might not necessarily apply to every kid in high school, Spengler cautioned.

“However, on average, it seems that providing the opportunities for students to develop an interest in school and to learn how to manifest responsible behaviours in the classroom, might benefit people’s careers in the long run, all else being equal,” Spengler said.

Researchers examined data from the Project Talent study, a nationally representative survey of US high school students that started in 1960 when kids were 16 years old on average.

The current study included data on 346,660 people who completed the original survey in high school, as well as follow-up surveys completed by 81,912 of them 11 years later and by 1,952 of them 50 years later.

To assess school behaviours and skills, the high school surveys asked questions about things like how often students keep up-to-date with assignments, have difficulty expressing themselves on exams, or get easily distracted when reading.

More questions touched on parents’ socioeconomic status by asking about things like family income, the number of books in the home, whether students had their own bedroom, and the father’s job status.

Boys were much more likely to achieve educational and economic success than girls, and affluent students also did better than poor students.

“Both parental socioeconomic status and student sex had larger effects on 11 and 50 year outcomes than student behaviours in high school,” said Dr. Caroline Kistin, a researcher at Boston University School of Medicine who wasn’t involved in the study.

“These findings are consistent with prior work that has demonstrated disparities in opportunities and outcomes for children based on factors such as income, sex, and race,” Kistin said.

Researchers only had data on race and ethnicity for some participants, and then the students could only be identified as white or non-white.

Another limitation of the study is that it relied on students to accurately report on their own school achievements and their family circumstances, the authors note in the Journal of Personality and Social Psychology.

Most participants also dropped out of the study over the years, and those who still responded 50 years after high school tended to be more intelligent and from more affluent homes than the people who left the study.

“It is possible that interest and engagement in high school helps students progress on to college,” Kistin said.

“It is also possible, however, that there are other factors at play,” Kistin added. “For instance, we are unable to determine whether there was a difference in school quality that may influence both student engagement and future opportunity.”