In effect, these T cells are "prescreened" by the body to recognise only cancer-specific proteins, researchers said. 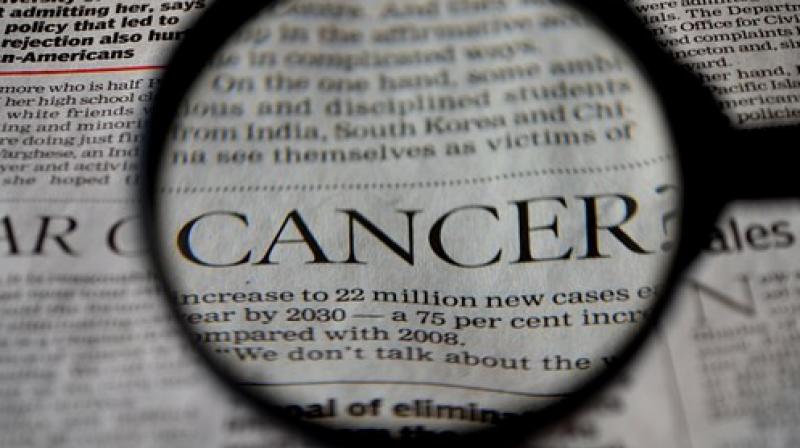 A clinical trial was launched in January to test the effect of the treatment in patients with lymphoma. (Photo: Pixabay)

Raising hopes for a cancer vaccine for humans, Stanford researchers have eliminated all traces of cancer in mice by injecting minute amounts of two immune- stimulating agents directly into solid tumours.

The approach works for many different types of cancers, including those that arise spontaneously, the study found.

The local application of very small amounts of the agents could serve as a rapid and relatively inexpensive cancer therapy that is unlikely to cause the adverse side effects often seen with body-wide immune stimulation, researchers said.

"When we use these two agents together, we see the elimination of tumours all over the body," said Ronald Levy, professor at Stanford University School of Medicine in the US.

"This approach bypasses the need to identify tumour- specific immune targets and does not require wholesale activation of the immune system or customisation of a patients immune cells," said Levy, senior author of the study published in the journal Science Translational Medicine.

One agent is currently already approved for use in humans; the other has been tested for human use in several unrelated clinical trials, researchers said.

A clinical trial was launched in January to test the effect of the treatment in patients with lymphoma.

Cancers often exist in a strange kind of limbo with regard to the immune system, researchers said.

Immune cells like T cells recognise the abnormal proteins often present on cancer cells and infiltrate to attack the tumour.

However, as the tumour grows, it often devises ways to suppress the activity of the T cells.

The new method works to reactivate the cancer-specific T cells by injecting microgramme amounts of two agents directly into the tumour site.

One, a short stretch of DNA called a CpG oligonucleotide, works with other nearby immune cells to amplify the expression of an activating receptor called OX40 on the surface of the T cells.

The other, an antibody that binds to OX40, activates the T cells to lead the charge against the cancer cells.

Since the two agents are injected directly into the tumour, only T cells that have infiltrated it are activated.

In effect, these T cells are "prescreened" by the body to recognise only cancer-specific proteins, researchers said.

Some of these tumour-specific, activated T cells then leave the original tumour to find and destroy other identical tumours throughout the body, they said.