t’s possible that the cure for violence could be spread through the same networks of friends as the violence itself. 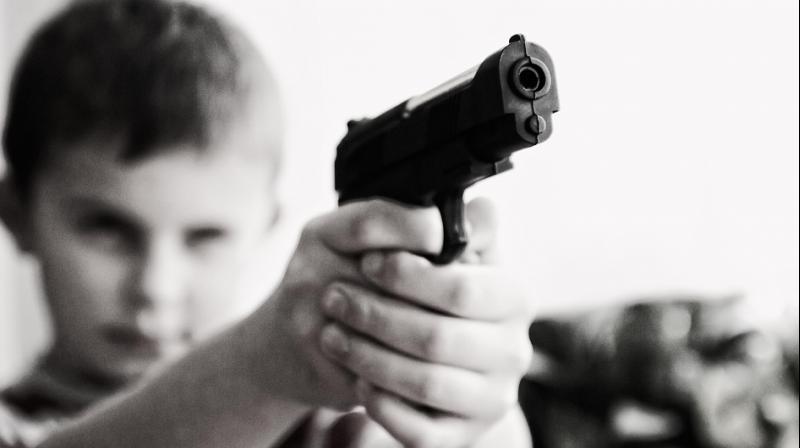 Violent acts tend to cluster through social networks, and they spread like a contagious disease spreads from one person to another. (Photo: Pixabay)

Adolescents who engaged in violent activities were more likely to have friends – and friends of friends – who had been violent, a new study shows.

“Violent acts tend to cluster through social networks, and they spread like a contagious disease spreads from one person to another,” the study’s senior author Brad Bushman said in a phone interview.

A psychology and communications professor at The Ohio State University in Columbus, Bushman analyzed interviews from the 1990s with nearly 6,000 American students in grades seven through twelve.

Compared to students whose friends had never hurt anyone, kids with a friend who had badly hurt someone were themselves 183 percent more likely to report having badly hurt someone, too, the report in the American Journal of Public Health shows.

In male students alone, the likelihood of seriously hurting someone rose 82 percent for each additional friend who had seriously hurt someone.

“It’s the first study we know of to see how far it spreads – up to four degrees, which is pretty amazing,” Bushman said. Dr. Gary Slutkin, an epidemiologist and infectious-disease control specialist, fully expected the results.

“This is one of now hundreds of studies that, if you add them all up, there’s no way of seeing it other than violence being a contagious epidemic health problem,” said Slutkin, founder of Cure Violence at the University of Illinois at Chicago School of Public Health.

He has long thought about violence as a contagious disease and has worked to stop it in communities throughout the world by identifying the perpetrators and intervening in the same way he did with HIV carriers.

When it was his mission to figure out how to stop the spread of HIV in Africa, Slutkin realized that explaining the deadly nature of AIDS failed to convince young men to wear condoms. But they would use condoms to protect themselves against the disease if they thought their friends wore them.

Slutkin has applied his understanding of friends motivating friends for better or for worse in his work fighting street violence throughout the world.

By employing former gang members to interrupt and prevent violence, he has seen communities slash violent crimes by 40 to 100 percent, he said. Punishment has not worked to control the spread of violence, Slutkin said.

“People are very comfortable with punishment, and it is not the way of out this problem,” he said. “It’s like treating a patient over and over again with the wrong medicine.” It’s possible that the cure for violence could be spread through the same networks of friends as the violence itself, Bushman said.

“Punishment is not a main driver of the changing of behavior,” Slutkin said. “In order to get behaviors to change, you have to be interactive with people in your own peer group and see that you’re getting approval from your own peer group,” he said.