New addition sees mouthful of tortilla chips with salsa, guacamole and a dollop of sour cream as the perfect companion to chilled beverage. 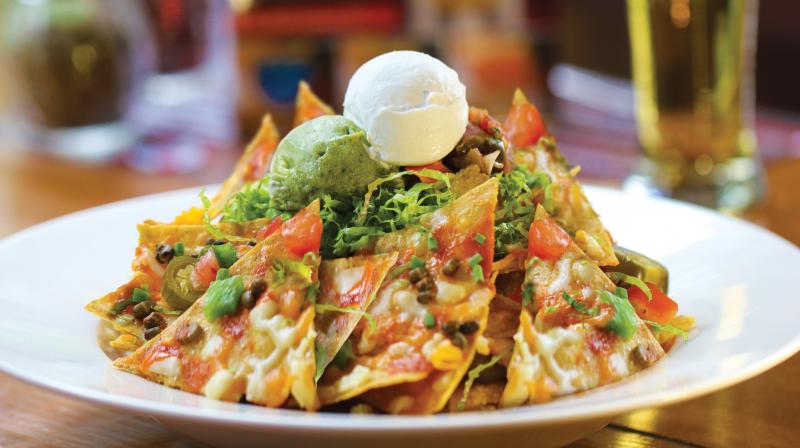 Nachos is one of the most popular and fast-selling items at any bar/brasserie across the world. Indulging in a mouthful of tortilla chips with salsa, guacamole and a dollop of sour cream is the perfect companion to your chilled beer! TGI Fridays, one of the more popular casual dining restaurant, has now introduced various vegetarian and non-vegetarian options of nachos to their menu, inviting all Mexican cuisine lovers.

This Tex-Mex snack is one of the most enjoyed snacks today worldwide. TGI Fridays have different types of nacho dishes available in its menu from Tostada chicken nachos, which is a Crispy corn tortillas loaded with seasoned ground spicy chicken, marinara sauce and melted cheese that is served with salsa, sour cream, and guacamole topped with jalapeños the oldie Classic cheese nachos, Crisp corn tortilla chips topped with Cheddar cheese, jalapeño slices, pico de gallo, guacamole and sour cream just like 1943.

Apart from these, the chain is also serving something called the Ultimate Fridays Nachos, which is a combination of crispy tortilla chips topped with Cheddar and Monterey Jack cheeses, black lentils, green peppers, tomatoes, chilies and tangy sauce. Served with pico de gallo, guacamole and sour cream, available in both veg and non-veg options, a divine experience for the taste buds.

What: TGIFriday's Ultimate Nachos - The perfect companion to your chilled beer at TGI Friday's India