A slice of heaven

Chef Sanjay Raina explains the intricacies of Kashmiri cuisine ahead of a food festival featuring the Valley’s delicacies. 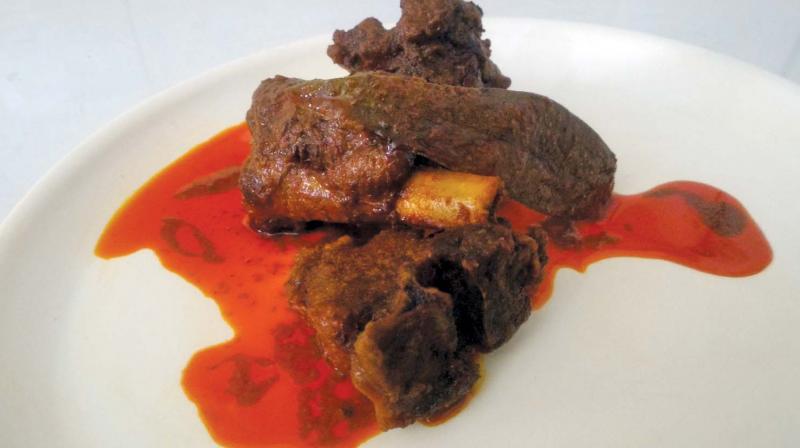 When it comes to Kashmiri food, most people associate it with Yakhni and Roganjosh. On an average, the Kashmiri cuisine is thought to be dominated by robust use of spices and meat. While the cuisine is predominantly associated with Wazwan, the chef draws attention to the fact that it is just a part of the whole cuisine, as there are many variations to the cuisine.  “ A lot of people think Kashmiri cuisine is just wazwan, but that is a part of the Muslim preparations. The Kashmiri Pandit cuisine is equally very strong and stands separate from the wazwan though it is equally loved by Kashmiri pandits and visa-a-versa. It is a celebratory meal, and almost every day is a feast,” says Chef Sanjay Raina who is bringing the valley’s cuisine as a part of a food festival. 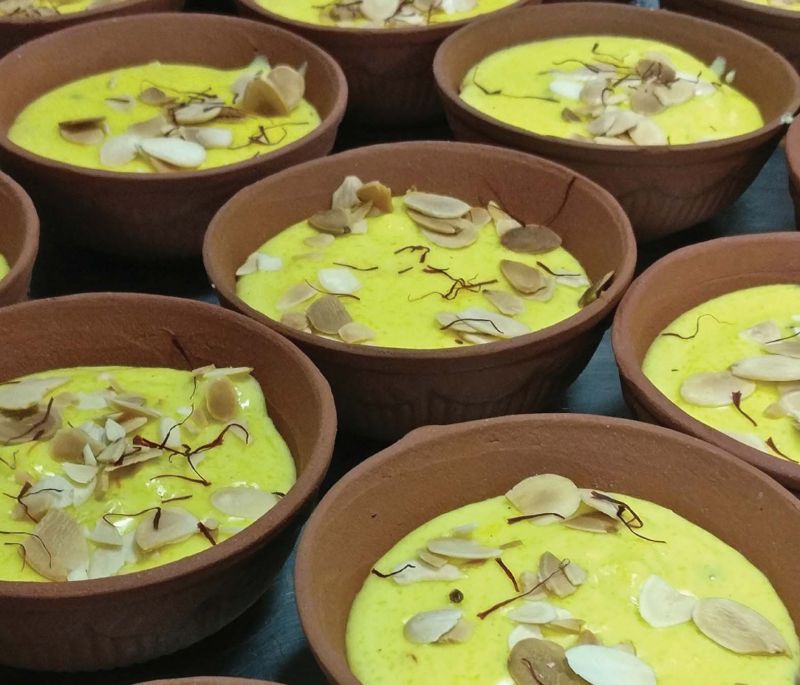 “If you close your eyes and visualise Kashmir, you will see a relaxed, slow-paced life which kind of pleases you. So the cuisine is very similar to that. It takes a lot of time, has small little things in each of them. Almost every dish goes through multiple processes and needs more than one form of cooking. It is very laborious but equally rewarding,” says the chef.

Though the preparation of the cuisine is similar, what set’s the Kashmiri Muslim preparation apart from that of Pandit are the ingredients. “Be it vegetarian or the non-vegetarian, the Kashmiri pandit cuisine uses no onion, tomatoes, and garlic. People often wonder how the gravy is made. Well, it is from the spices we use,” smiles chef Raina. 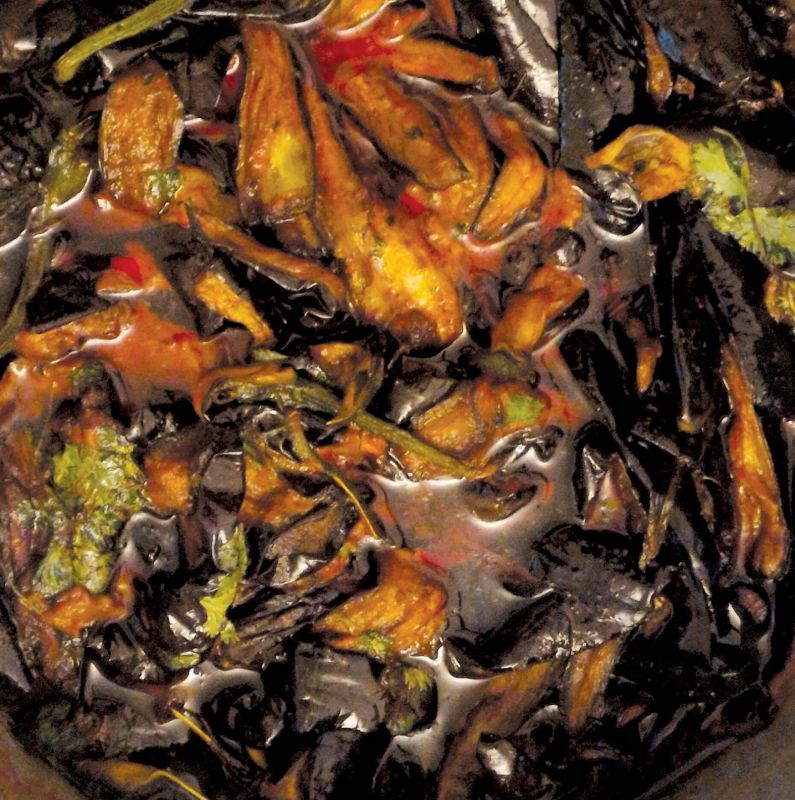 For the festival, the connoisseur is showcasing both the cuisines with utmost gusto, because for him that is the real ‘Kashmiri cuisine’. “The commonly used ingredients are asafoetida, fennel powder, red chilli powder. But while Kashmiri pandits use ginger powder, Muslims use proper ginger, garlic, and onion,” he adds.

The chef shares that back in the days in the valley during winters procuring supplies would get difficult, so the families would make thick spice paste shaping them into patties for later usage.

Though this cuisine doesn’t come with the concept of starters, the chef has done the minimal fusion and created a few. “I have made a starter out    of  Muuch (mutton keema). Then there is Tabak Maaz (fired mutton chops) that usually goes in the main course, but we will serve as a starter. Vegetarian starters include Nadir Maunj (lotus stem fitters) and Nadir Maund (lotus stem kebabs),” he asserts.

Right from Gushtaba, Rista of the Muslim cuisine, to the Rogan Josh, Yakhni and Kaali from the Pandits, the spread is indigenous. “There is meetha pulav with a lot of dry fruits. In the Kashmiri pandit community, it is considered auspicious to start the meal with this. Then there is the king of Kashmir dessert called the Shufte and I have also included the saffron phirni,” he lists.

While there is a lot for meat eaters, the choice in vegetarian food is quite vast as opposed to what one might think. The vegetarian spread on Kashmiri pandit cuisine includes the Nadir Yakhni (lotus stem in curd gravy), Al Yakhni (bottle gourd in curd gravy), Dum Aloo and one of the most popular dish Chok Wangan (sour brinjal), among others. Also, for one of the dish Maunj Haakh (Knol Khol), the haakh will specially be flown from the valley. But, the highlight of the show remains the Kahwa cocktails and mocktails curated by the chef.

“According to me, food is about visuals. Anything that looks nice sets your palate on. And when it comes to Kashmiri food, even before the food comes to your table, it is impossible for someone to not visualise Kashmir,” he concludes.