Indian consumers may get lab-grown meat by 2025 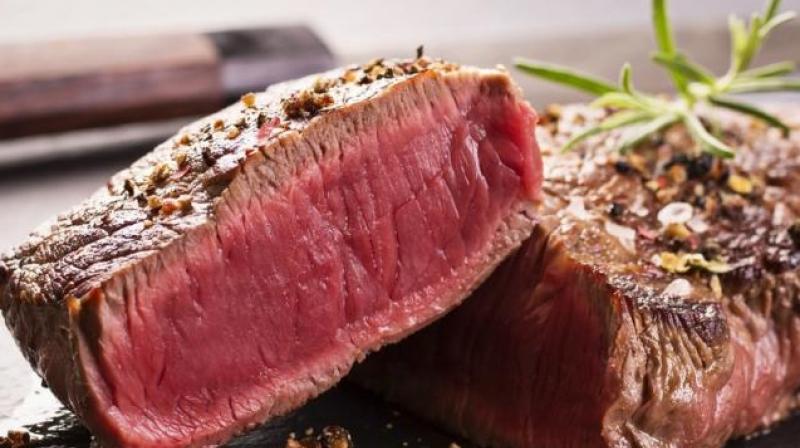 To produce 'clean meat' cells from an animal are taken and grown outside of the body in a petri dish (Photo: AFP)

The partnership looks to promote the technology to develop clean meat while bringing start-ups and regulators together under the same roof.

"Internationally, clean meat is predicted to hit the market by the end of 2018. In India, we expect it to be available by 2025," Alokparna Sengupta, Deputy Director at HSI India, told PTI.

The effort to develop clean meat has emerged due to the unsustainable methods of large-scale industrial animal agriculture.

The practices neglect basic animal welfare, and consequently pose a threat to the environment and food security.

"However, since then, in the past 5 years, Memphis Meat, a clean meat company founded by Indian origin cardiologist Dr Uma Valeti has produced meatballs which cost about USD 1300 and Mosa Meat, the company which produced the beef patty has now brought it down to USD 30 per pound," said Sengupta.

"While the price is still high, research is on across clean meat companies to reduce the cost further by scaling up the production," she said.

CCMB will also play a role in researching and providing solutions, she said.

For consumers who have a dietary preference for animal meat clean meat can be consumed, while eliminating the drawbacks of the current meat consumption trends.

To produce 'clean meat' cells from an animal are taken and grown outside of the body in a petri dish.
"These cells are 'tricked' into believing they are still in the body and are made to grow," said Sengupta.

It does not require antibiotics, produces no bacterial contamination and ensures the welfare of animals.

"The taste will be the same because clean meat is meat. However, instead of slaughtering an entire animal for different part of its body, the technology in clean meat can develop those parts based on biopsy taken from different parts of the animals' body," Sengupta said.

"While technology exists to multiply any type of cell, the scaling up of the same in a economically affordable manner as a meat substitute remains a major challenge," said Rakesh Mishra, Director at CCMB.

"There may also be cultural and social factors that will need to be addressed for this to be socially acceptable," Mishra said.