The evolution of Indian biscuits

From sugars to digestives, the journey of Indian biscuits has been quite fascinating. 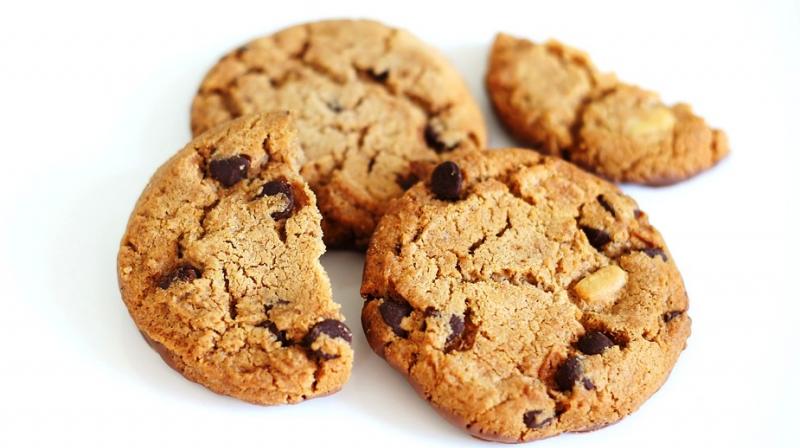 The main trend of specialisation of biscuits for different health imperatives has made the biscuit space more enhanced in its offerings. (Photo: Representational/Pixabay)

Mumbai: India is the world’s third largest biscuit manufacturing country after the US and China. The story of Indian biscuit industry is over a century old, but it was only in the later part of the 20th century that confectioners democratised biscuits through mass production and found a way to market it to the nation’s non-elite households at affordable costs.

Sugar as a celebration food:

The earliest biscuits in India were made by using ordinary wheat flour, sugar and saturated oil in industrial processes involving mixing of ingredients, moulding, baking and cooling.

Before the onset of lifestyle disease epidemics such as diabetes and obesity, which form a heavy burden of disease on household ‘out-of-pocket’ healthcare expenditures, sugar was the chief differentiator among different manufacturers. The quality of white sugar used was taken as a signal of the richness of the biscuit and enabled competitive pricing based on appearance.

One of the earliest innovations in biscuit variety was salted biscuits, which reduced the amount of sugar that was poured in the batter and added common salt instead. This biscuit was soon made and packaged with thinner crusts (crackers) to give an appearance of being lighter in weight, also more digestible and suited to low fat diets.

In truth, however, these biscuits still carried wheat starch, which forms 80% of the wheat flour by calorific value and can easily add to body fat when consumed in large amounts and not followed by physical activity.

From taste to flavour:

Cream biscuits, another popular variety, add milk and saturated oils to the basic formula, while enhancing taste and sensory experiences. Interestingly, the five tastes that we recognise, namely, sweet, sour, bitter, salty and umami (which identifies savoury foods), are different from the flavours that the human tongue can detect.

The freedom of flavour gave biscuit makers more room to experiment with. By modifying the proportions of flour, oil, types of sugar, fillings and leavening agents, as well as by varying the temperature and period of time required while mixing or baking, new explosions in the type of biscuits accessible by menus emerged both across India and the world.

There were now many more, richer ingredients including nuts, raisins and chocolates. Textures could be varied and colours and aromas were added artificially. Butter, a prime article of affluent taste, greatly added to biscuit diversity.

The rise of lifestyle diseases and concerns on digestion:

However, the chief collateral damage was suffered by individual health. Any good food taken in moderate quantities is sufficient to steer clear of complicated medical conditions that restrict the amount of sugar one can consume.

With greater automation and intelligent technologies, sedentary lifestyles became the norm. Countless studies were commissioned and carried out to study the effect of sugar and naked carbs on human health. Fashionable new keto diets were invented based on limited samples of the population and many myths were perpetuated.

But this process, removes the hardness and character of the biscuit, making it too soft and fluffy to coagulate correctly. Another alternative was to add fibres as an extra ingredient over the flattened mould of dough before it was baked. This allowed the components to settle in and form part of the structure.

Today, we know that biscuits are best enjoyed in moderation. By using ingredients derived from plants, biscuits are still an enjoyable snack to relish. There are many more varieties of biscuits for the Indian consumer to choose from.  The main trend of specialisation of biscuits for different health imperatives has made the biscuit space more enhanced in its offerings and will continue to improve moods and endorphins for years to come.

*Disclaimer: This article has been contributed by Amrinder Singh, Director Bonn Group of Industries. The opinions expressed within this article are the personal opinions of the author. The facts and opinions appearing in the article do not reflect the views of Deccan Chronicle, and Deccan Chronicle does not assume any responsibility or liability for the same.