Indulge in a leafy relish

The Andhra and Telangana people have their own variations of using the chinta chiguru leaves in food. 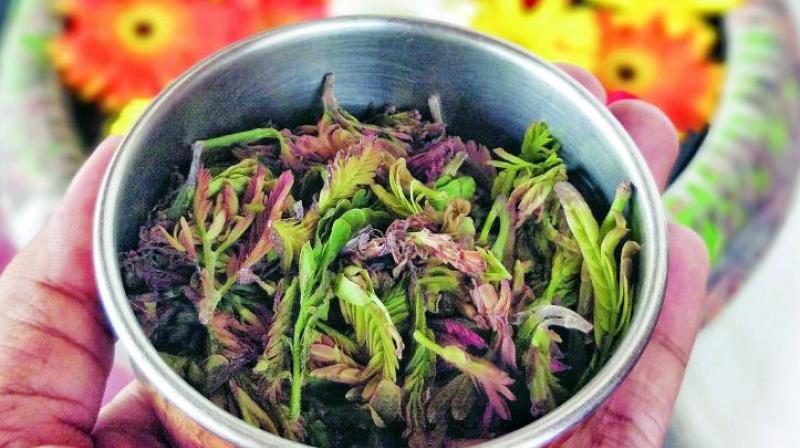 Add chinta chiguru to your menu for a fresh taste of the season. it can be eaten raw and blended into dishes as well

Summers can be hot and humid but with it comes its share of seasonal vegetables and fruits. My favourites among them ofcourse has to be Mangoes and Litchis. Back home, trees produced kilos of raw mangoes which went into making of pickles of many a variety.

But there is also one special ingredient, a part of most South Indian homes every summer. Tender, almost fern shaped which people go about judiciously plucking it off the trees to make chutneys, lentils and various other dishes out of it. I’m talking about the chinta chiguru or the tender leaves of the tamarind tree. They have a beautiful tartness to them and I absolutely love eating them raw, freshly plucked off the branch. 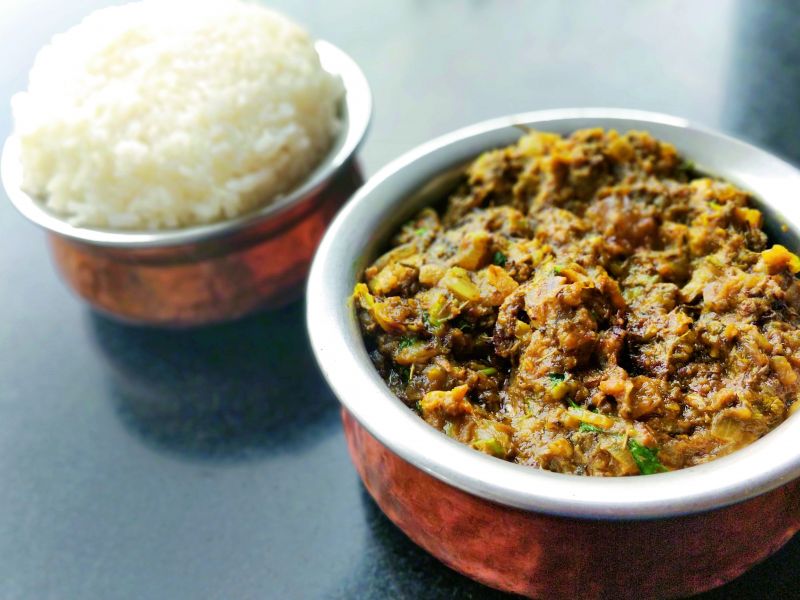 The Andhra and Telangana people have their own variations of using the chinta chiguru leaves in food. The sourness of the leaves goes very well with mutton, making for a great chinta chiguru mamsam (Andhra) and Chiguru Gosht (Hyderabadi). The prime difference to note will be the cut of meat used differently in each of the dishes although the ingredients are nearly identical. A spoon of chigur gosht along with piping hot rice, is the stuff great afternoons are made of.

Then there is also the chinta chiguru pappu, a lentil preparation from Andhra. As noted Chef Chalapathi Rao tells me that “Hyderabadis have an almost similar variant albeit with a different process with the Katli Dal”. He too is a big believer in how seasonal ingredients have played an important role in the way food was served in Indian homes. Considering that it is available only for few days of the year, households dry them out, turn it into a powder and store in air tight containers to be used in dishes when needed. Else there is always the pachadi (chutney) using the freshly plucked tender leaves.

Dals, curries and pachadis aside, these tender reddish-green leaves have left their lasting impression on South Indian cuisine. Meanwhile as I write, I look back at my kadhai, to toss and provide some finishing touches to the chinta chiguru mutton on the stove.