Life   Food  26 Sep 2017  Here are a few Navratri edibles one can have while fasting
Life, Food

Here are a few Navratri edibles one can have while fasting

While devotees across the world are fasting on Navratri, we list a few edibles which make it easier for you to get on through the day. 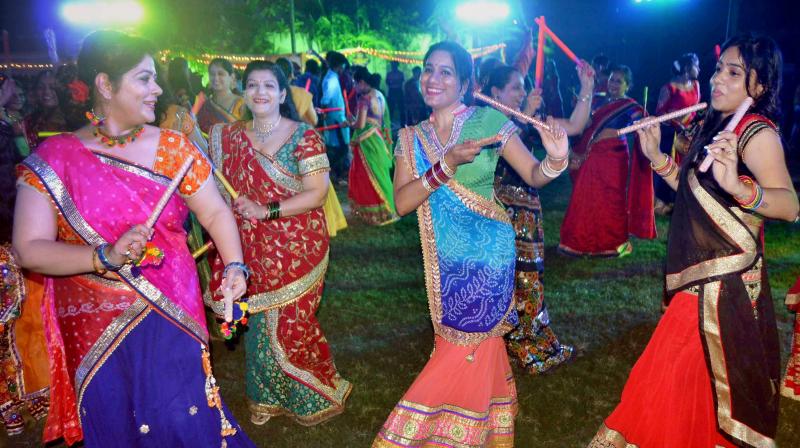 The term Navratri roughly translates into nine-nights in Sanksrit. A time for fervent worship and fasting, the nine days of Navratri are dedicated to Goddess Durga.

People do so to please the goddess.

During the festival devotees steer clear of non-vegearian food as well as regular salt and spirits as well.

The follow something called a saatvik diet, which is food permissible during the fasting period.

We list a few edibles that one can have while fasting during Navratri.

Sabudana Khichdi: Made from tapioca spheres or pearls it is one of the most eaten dishes during Navratri fasting. One can add a variety of ingredients to it, including peanuts and coriander to it to make it tastier. It acts as an energy booster.

Water chestnut halwa: A popular special during the fasting period, singhara atta halwa can be made using the flour, sugar and ghee, topped with chunky nuts and lots of dry fruits.

Sabudana Kheer: Another dish made with tapioca, it can be flavoured with nuts and is a good dessert to have.

Roasted Makhana: Fox nuts are something that can be had during Navratri. They can be added to kheer or made into a savoury side-dish as well. People like having them roasted with rock salt as well

Atta Puri made from Kuttu: Best had with fried potato fritters, they are another popular fasting food.

Potato with mild spices: Since Navratri fasting prohibits eating legumes and lentils, vegetables like potatoes, sweet potatoes, arbi and suran are permissible. They are another popular edible during Navratri.

Raw banana barfi: Made raw banana, sugar and milk, this is another Navratri favourite.