From baguettes to naan

Michelin Star chef Stéphane Gaborieau talks about preserving culinary tradition, and his fascination with the tandoor. 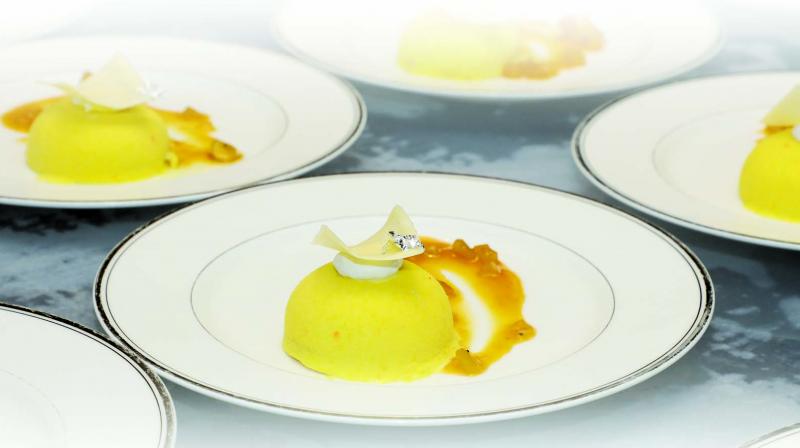 Michelin star and voted the Best Chef of France, Chef Stéphane Gaborieau on his secend trip to India recently, left the food connoisseurs mesmerised. From the wild mushroom croquette and cream of artichoke soup to the citrusy Bavarian dome of exotic fruits, the five-course meal traversed one to the city of love.

For the chef, cooking is about keeping the taste and tradition intact allowing one to transport to the origin of a dishs. “French cuisine is based on ancient traditions and traditional dishes that have been prepared and perfected for many years. We also have the reputation of having managed that tradition and respecting the way of cooking of our masters — Paul Bocuse, Joel Robuchon, and Pierre Orsi, to name a few — while using the seasonal produce at the same time,” says Chef Gaborieau, who was invited by All Things Nice, a wine and gastronomy experience platform.

Nikhil Agarwal, Sommelier and CEO of All Things Nice, says the entire experience of hosting Chef Gaborieau was thrilling. “We aim to continue in this endeavour of giving people in India unique dining experiences,” he adds.

It is the custom of preserving the culinary tradition, present in both France and India, which attracts Gaborieau to India. “India too has a long heritage of cooking and traditions, which is similar to French cuisine in some way. Both these cuisines follow certain codes and what our ancestors used to cook,” he shares.

So if there an Indian dish that he has relished? The Chef is quick to respond, “I haven’t experienced a lot of Indian cuisines. However, I do love the garlic bread and the garlic naan, even though French bread has a very good reputation. Indian food is mainly about spices and marrying those spices in a perfect and balanced way. French cuisine barely uses spices and not many chefs know how to incorporate them in our cuisine in a proper way.”

Though very particular about the craft and mindful of not removing the identity of Indian cuisine, Chef is highly fascinated by the tandoor. “We could maybe add a bit more refinement to the plating of the dishes, a more elegant touch, but not changing the dishes. Moreover, I did love the concept of a tandoor. I haven’t thought of a way to use it in my cooking, but it would definitely be unique,” he smiles.

As for the pressure of being called the ‘Best Chef of France,’ the cordon bleu is unaffected with the pressure the title brings with it. Instead, wants to focus on keeping the tradition and respect for the cooking traditions we have preserved over the years. “There are about 100 Chefs in France who have received this honour, and about 60 are in the making. To me, this title means to advise and convey your expertise in the simplest possible way. We have to remember that we are the envoy of France and French cuisine,” the chef concludes.