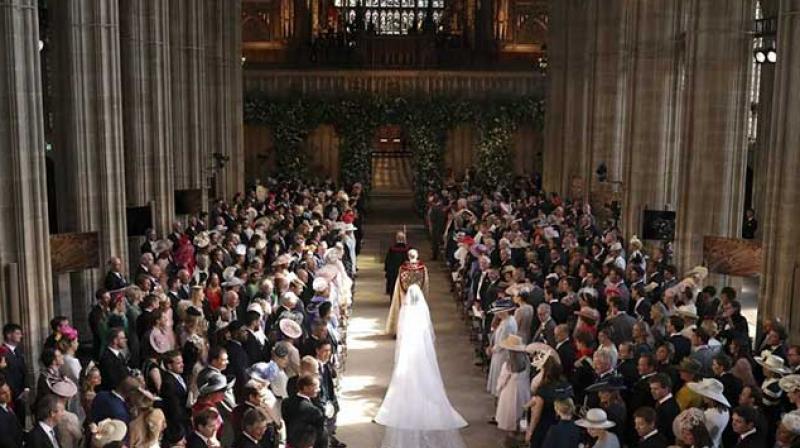 Among a lot of things that people pay attention to at a wedding, the food served is one of the most important aspects. When the spotlight was on the royal wedding, the world was also interested in knowing what people were eating there.

Celebrities including Oprah Winfrey, George Clooney and James Cordon were among the 600 guests at the lunch for Harry and Meghan’s wedding. Here’s what these guests were eating at the reception hosted by the Queen herself.

Guests were served handheld food and it included several British classics with a healthy twist.

Poached free range chicken was served bound in yoghurt with apricot and warm asparagus with mozzarella and sun-blush tomatoes added a soothing touch.

Meanwhile trendy bowl foods were also introduced starting with fricassee of free range chicken with morel mushrooms and young leek. This was followed by pea and mint risotto with truffle oil and parmesan crisps as well as slow roasted Windsor pork belly with apple compote and crackling.