Chinese, made in India

Anyone would agree that except for the name, there is nothing Chinese in the Chinese food we relish from our restaurants 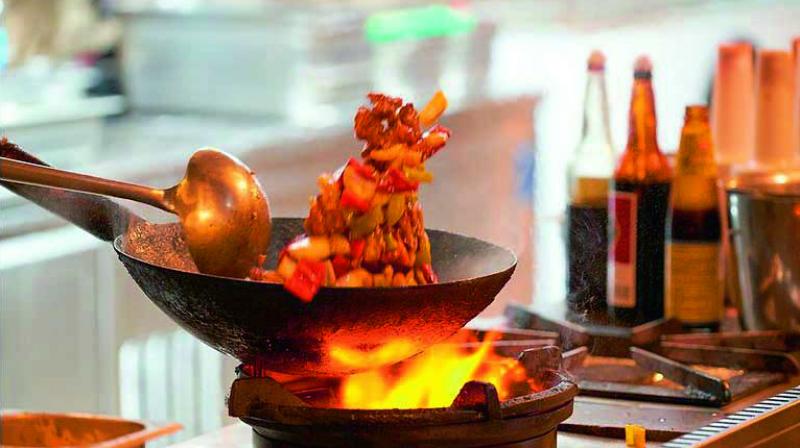 Indians have given ‘the Chinese food’ a rather elaborate twist of their own by creating dishes packed with spicy flavours — even if only by mixing soy sauce, chilli sauce, tomato ketchup and Schezwan sauce.

In other words, Chinese cuisine in India is a mere adaptation of Chinese cooking with an Indian ‘tadka’ added to it. Paneer turned into Sichuan paneer, potato wedges tweaked into chilli potato, rich in curry leaves, noodles with all Indian vegetables and paneer, chili chicken made in Punjabi-style — the list goes on. Surely, by no means will a Chinese recognise any of these dishes as theirs.

So how is one expected to take up Union Minister Athawale’s call to boycott something that is as Indian as our version of the Chinese cuisine?

Celebrity Chef Ranveer Brar explains, “What we know as Chinese food in India is not Chinese food. It is good that is made with Indian ingredients using products that are actually made in India and it is more Indian than Chinese.

A lot of the dishes, actually 80 percent of the dishes, that are on Chinese restaurant menu’s is Indian, as we know them as Indian Chinese restaurant. They don’t even exist in China. So, it is our food that is developed over a 150 years in India started from Tangram and is now popular in India as Indo-Chinese food. I think this structure, paradigm doesn’t hold true for food atleast Chinese food.”

Over the last two centuries, food has evolved and outgrown its original, points out chef Varun Inamdar. “We call it Chindian and Desi Chinese, which says it all. We, generically, do not like the original Chinese because our palates have grown over manchurian, chowmein, lollypop, schezwan chutney and fried noodles,” he says.

Whatever is happening at our borders is a geopolitical issue and must not be clubbed with any other sentiments because that packs a lot of risk in tow, including human, cultural and economic. “Therefore, a blanket-ban on ‘Chinese’ restaurants in India comes at an overhauling price of infrastructure and labour. It is not so easy and not the most recommended idea of showing Nationalism,” Varun points out.

Fusion 9’s Shankar Krishnamurthy rightly points out how food has no boundaries. “It’s the most basic thing that has brought the world closer since the evolution of mankind,” he adds.

“For time immemorial, man has travelled the globe and adapted to new foods that locally existed. Hence, this argument of boycotting a certain type of cuisine does not hold water. All said and done, we have set ourselves on a path to encourage local farmers to bring in local produce, and run our menus and do food accordingly, even in the oriental fashion. That’s purely beneficial for the local ecosystem.”

While talking to us, Bunty Bajaj, a jewellery designer in the city, also reiterated how Chinese cuisine is a staple in almost every Indian household.

“It must have evolved from China, but today it is as Indian as daal-chaawal. I think it is ridiculous for politicians to ask their people to ban Chinese food or restaurants. Indian Chinese food is not Chinese food. It is an Indian version of elements taken from Chinese ingredients,” states Bunty.

She adds, “Plus, all the restaurants that have been shut for so many months need to survive too, so asking people to boycott those would be heartless.”